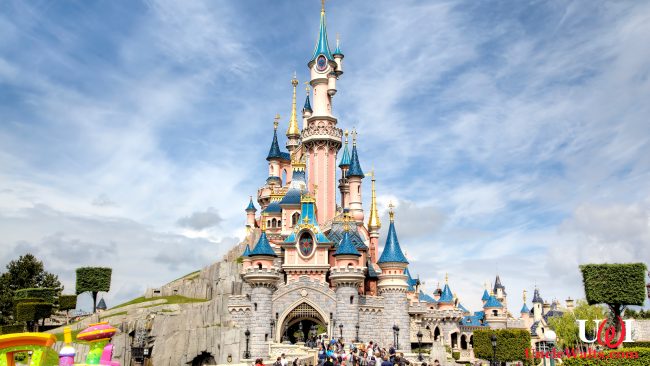 Number four will make you cringe!

With an estimated 107,601 visitors checking into Disney’s Pop Century Resort and Spa daily, not to mention the other 79 Resort and Spas, there are a lot of people that visit the Walt Disney World Resort (and Spa). Roughly 98% of those people are first-time visitors. With that many helpless first-time visitors, we, the helpful editorial staff at Uncle Walt’s Insider, have helpfully put together a helpful little guide to help those of you who need help. Or have watched ‘The Help.’ (When you help others, you can’t help helping yourself.)

How big? Well, the resort is constantly acquiring land, so it’s difficult to say. Last time we checked, Disney World covered roughly 71,230 square miles. (Or, for you Canucks/Brits/Residents of pretty much every country other than America, roughly 184,484 square kilometers.) That’s an amount of space roughly 420,000 times the size of the Vatican! As you can imagine, you should expect to dedicate a significant amount of your trip to getting from Point A to Point B. (Don’t even think about Point C, it’s way too far!) Walt Disney World does, however, provide an amazing array of transportation options. There are self-driving ECVs, spaceships, gondolas, and even monorails to help you get around.

2. The Jungle Cruise and Kilimanjaro Safaris are the same thing

Two of the most popular attractions for first-time visitors are the Jungle Cruise, located at the Magic Kingdom, and Kilimanjaro Safaris, located at Disney’s Animal Kingdom. Many first-time visitors waste time by trying to ride both of them. However, other than some minor differences – for example, Safari drivers actually drive the trucks, while the Jungle Cruise uses proprietary self-driving technology, there’s really not a way to tell them apart. Both feature Cast members wearing the same uniform (or “costume” in Disney-speak), talking on a microphone, telling bad jokes, and pointing out animals. Save your time, pick one or the other.

3. Churros are the most magical food ever

While you’re at Walt Disney World, there are a wide variety of snack foods to tempt your taste buds. Don’t be fooled. Churros are the most magical food ever — invented by Disney Imagineers in 1956. Although the exact recipe is a closely-guarded Disney trade secret, it closely resembles warm fried dough, with a cinnamon sugar topping. It is pure heaven. Churros are so heavenly that even people looking at the parks on Google Street View can’t help looking at churro carts. Try them in the morning. Try them in the afternoon. And for an extra most bestest treat, try them in the evening.

5. Epcot is an acronym

Most people believe that Epcot, the name of Walt Disney World’s second-oldest theme park, is just a meaningless word that doesn’t mean anything. But we know better. EPCOT actually began in all capital letters, and was an acronym. [Ed.: For those of you who have forgotten your 4th grade English class, an acronym is an abbreviation formed from the initial letters of other words and pronounced as a word.] You may be asking yourself, “Well, what does it stand for?” The exact answer is lost in the mists of history, but we will answer “Many things. It could mean Every Person Comes Out Toasted. It could stand for Every Pocket Comes Out Thinner. If you ask a cast member, they’ll tell you that it stands for Every Paycheck Comes on Thursday. But really, we know that it means Every Person’s Children’re Over-Tired.”

6. All the cool stuff happens at the resorts

So there you have it. Six great tips to make the most of your Walt Disney World Vacation!

What are your favorite Walt Disney World tips? Let us know in the comments below!

Cover photo, totally of a castle at Florida’s Walt Disney World (like first-time visitors would know the difference), via Depositphotos..

April 2, 2018 by X in Florida
© 2020 Uncle Walt's Insider. All rights reserved. All images used with permission. Unless otherwise attributed, all images licensed under Creative Commons CC0 license. This site is protected by reCAPTCHA and the Google Privacy Policy and Terms of Service apply.