Secrets of the Savannah: Former Safari Driver tells all 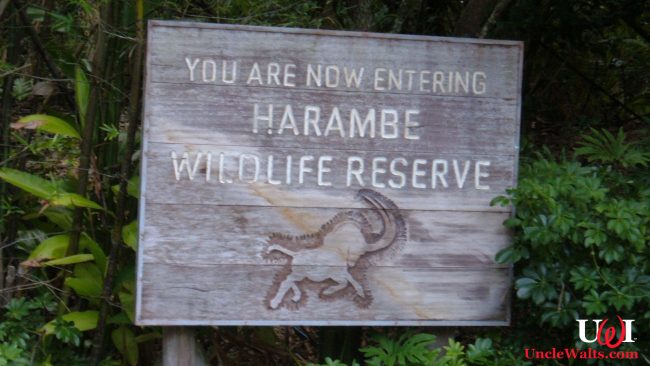 The Kilimanjaro Safari Ride at Disney’s Animal Kingdom will celebrate its 20th anniversary this spring. To help celebrate, Uncle Walt’s Insider caught up with a former Safari Driver, and asked if she would share any good stories.

Jamie DeJameson worked at Kilimanjaro Safaris in the mid 2000’s. She agreed to speak with Uncle Walt’s on the condition that the editorial staff not try to play “Two Truths and a Lie” with her stories. Uncle Walt’s is dedicated to the truth, the whole truth, and nothing but the truth, so this made us a little nervous. Nevertheless, we agreed. And so, a word of warning to you, dear reader. Some parts of this article may be exaggerated or completely made up. However, it’s still a good read.

DeJameson: “The main attraction at KSR is the animals. A lot of drivers think that they’re the main attraction, but the guests really don’t care. The animals are always the stars of the show. Particularly the ducks and bunnies. I could be driving past the elephant watering hole, 2 adorable baby elephants splashing in the water, and inevitably, a guest screams out “Look! Ducks!”. I don’t know why. The guests also loved to misidentify animals. My favorite was the lady who screamed “Triceratops!” when she saw a white rhino. Come on lady, Dinoland is on the complete opposite side of the park. Oddly enough, she didn’t mistake the flamingos for pterodactyls.”

Uncle Walt’s: “What was it like to drive the trucks? Were you actually driving?”

DeJameson: “Yes, we were actually driving. Unlike the costume-stealing Jungle Cruise skippers, we actually drive. Anyways, the KSR trucks were big, hot, and not always easy to drive. Driving an 85-foot long truck packed with 750 screaming guests, it takes some getting used to. Particularly if you haven’t driven a jet-powered, right-hand drive vehicle before. We probably spent 75-85% of our day on the trucks, so we all had a love-hate relationship with them. Like the animals, they had personalities of their own. Vehicle 23 could go about 15 miles an hour, even though the governor was set at 8. We called it the Safari Ferrari.”

“Due to an odd quirk in job assignments, the vehicle maintenance dispatch folks were also the IT help desk. Most of them didn’t know a lot about vehicles. Sometimes we’d call in an issue with a truck, and their response was basically to turn it off, wait about 30 seconds, and turn it back on. I remember one person called in, was advised to do the reset, and then called back ‘Yep, I did the reset. The muffler’s still lying on the ground in the parking lot.'”

Uncle Walt’s: “This is all fascinating, but our readers love juicy gossip. Can you tell us anything more?”

DeJameson: “We joked that KSR was like ‘Harambe High School.’ There was a lot of drama. Lots of them were having flings, and at least a few had children together. And then there were the Cast Members. I know at least 4 couples that ended up getting married after working together. I know of one guy that hooked up with 4 or 5 different girls in the span of about 3 months. And Maintenance wasn’t necessarily the only thing happening on the trucks when the park was closed, if you know what I mean. One time, after work, I was in the passenger area of the truck with a guy, and [Ed.: The rest of this sentence has been removed, this is a family web site.] They also made us get rid of the fake guns we used to scare away the hippos, I’m not sure why. I guess they didn’t trust us to handle a fake gun?”

“But really, despite all the drama, it was pretty great. And the best part is that I’m now a card-carrying member of the International Safari Driver’s Union. Which means that I can go into Kenya and start charging money for tours. No training needed!”

March 19, 2018 by X in Florida
© 2020 Uncle Walt's Insider. All rights reserved. All images used with permission. Unless otherwise attributed, all images licensed under Creative Commons CC0 license. This site is protected by reCAPTCHA and the Google Privacy Policy and Terms of Service apply.