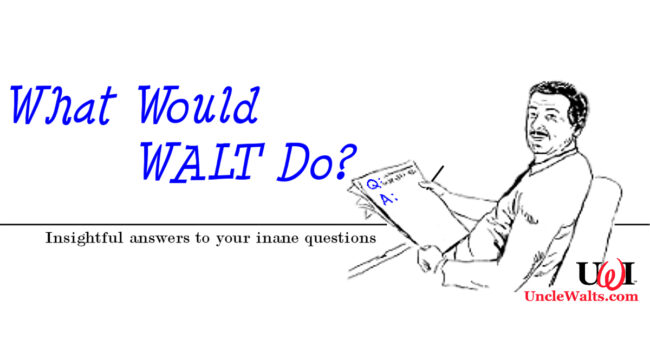 Now that Elon Musk has bought Twitter, he may have a few billion left over to buy Disney. Should he?

The idea of Disney keeping their independence and influence from a parent company has always appealed to me. It allowed for Disney to maintain their status as the head of the pack when it came to family entertainment. They were on the cutting edge of technology, leading the way when it came to guest experiences in their theme parks. The animation they put out was top notch, and inspired children of all ages. It still felt like Walt Disney’s company.

But as times have changed, radicalism has taken over inside the company. No longer is the company allowed to stay focused on what they do best, but instead there is a push to radically change what the company has been about since its creation.

I’ve watched the change. It’s not subtle, it doesn’t look natural. It does exactly what it is designed to do, push an agenda.

As Disney has been faced with new challenges, most recently the loss of the Reedy Creek Improvement District, it is becoming apparent that the current set of leadership need to go. Not just Bob Chapek, but others leading inside Disney as well. The company needs to stop focusing on specific agendas and get back to the business of putting out excellent family entertainment, without an agenda.

The social issues aside, let’s talk about the parks for a second.

I know what Walt pushed and built attractions that were themed around intellectual property. He also pushed innovation. His original idea of EPCOT was revolutionary. Yes, I’m sure would have seen a Mickey Mouse or two inside, but that wasn’t the soul of EPCOT. When the Imagineering version of EPCOT opened, it was different. It was educational, it showcased countries that many people will never have the chance to visit, but they could at least be given a small taste of what it was like.

But corporate greed, and the lack of true imagination within Imagineering has changed all of that. In fact, calling that team Imagineering is really a lie at this point. Sure the ride experience might be enjoyable, maybe there is new technology that they are using in that ride, but really though, how Imaginative is bringing the Tron Coaster to Magic Kingdom? It wasn’t, they had a budget to add an attraction, and it was cheaper to just copy it over. Guardians of the Galaxy is going to be popular, I’ll probably love it, but what does Guardians of the Galaxy have to do with the vision of EPCOT? I had the chance to visit Norway, just briefly mind you, but I did not see one reference to Frozen. I love the idea of the Mary Poppin’s attraction coming to the UK Pavilion (even though it has been shelved for now), but the UK existed prior to 1964. Surely there is something about the rich history and culture they could have pulled from instead of more Disney movies.

Disney should spend its energy on bringing the company back to what Walt Disney started. Innovate. Entertain. Let the profit margins shrink a bit in favor of the next big thing. Stop relying on acquisitions to expand and for intellectual property to guide what’s next.

If that takes someone like Elon Musk to lead the way, then my friends, it’s time to sell the company. It’s time for change.

Imagine the possibilities… what do you think? Let us know in the comments below!

April 26, 2022 by Walt in WWWD
© 2020 Uncle Walt's Insider. All rights reserved. All images used with permission. Unless otherwise attributed, all images licensed under Creative Commons CC0 license. This site is protected by reCAPTCHA and the Google Privacy Policy and Terms of Service apply.