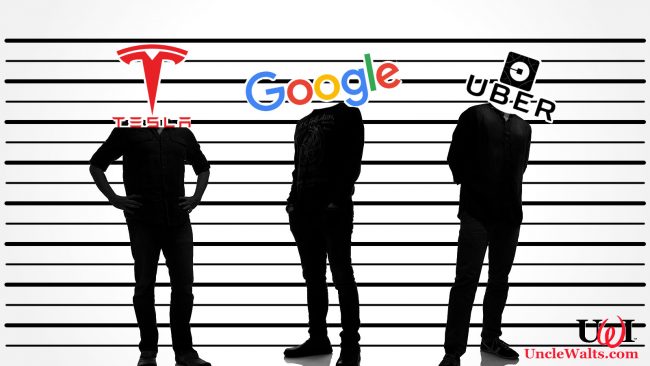 A race for the first (?) self driving car

Several companies are currently in a race to develop the first widely-accepted self-driving cars. Notable names such as Google, Tesla, and Uber all have very public projects and demonstrations. Cities and states are wrangling with updating vehicle operation codes to account for driverless cars, and investors are throwing money into the arena. Many members of the public are longing to be the first one on the block to own one.

“We’ve had that technology for years”

Following our recent article on the Tesla Self-Driving ECVs that will be used at Disney parks, Imagineer Jack Szalinski reached out to Uncle Walt’s Insider to set the record straight. Mr. Szalinski stated “We’ve had that technology for years. Decades. Everything that Tesla has, they stole from us. You can see the technology all over our parks!”

“I’ve got another example for you. Look at the Walt Disney World Railroad. There’s not even a steering wheel. And look at the Tomorrowland Speedway. Do you really think we’d let 3 year olds drive real cars? All of them are self-driving. Tesla, Google, and Uber, all of them, they all copied everything from us. We’ve had that tech for 20, 30, maybe even 40 years. But do we get credit? Nope. It’s always some hot shot tech inventor dude.”

Mr. Szalinski mentioned that he wasn’t sure if Walt Disney Imagineering would be filing lawsuits about the stolen technology. Uncle Walt’s also attempted to contact Tesla, Google, and Uber for a comment, but they all declined to provide a statement. Uncle Walt’s would also like to reiterate that we are not taking sides in this dispute, but are merely reporting the controversy.

Would you buy a self-driving car, knowing that the technology was stolen? Let us know in the comments below!

March 14, 2018 by X in California, Florida, World
© 2020 Uncle Walt's Insider. All rights reserved. All images used with permission. Unless otherwise attributed, all images licensed under Creative Commons CC0 license. This site is protected by reCAPTCHA and the Google Privacy Policy and Terms of Service apply.