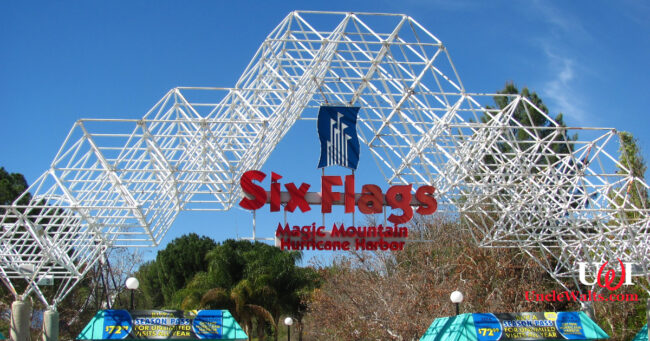 Can Six Flags overtake Disney? (We’ll wait while you wipe the soda off your screen.)

What is it with America’s non-existent love affair with Six Flags? Truly, they are the parks you visit when you can’t afford Disney. The good news for them is that soon, no one will be able to afford Disney! (Thanks, Bob!)

But can Six Flags really ever compete with Disney parks? Here’s some things they’re trying, according to our always-reliable inside sources:

An ad campaign highlighting that Speedy Gonzales, also a mouse, is Latino.

Showing that Six Flags is more woke than Disney!

Building a park in Escanaba.

If it’s good enough for Disney, Six Flags can make it work cheaper!

This will definitely attract Disney fans. And Cast Members.

Building a park in Pyongyang.

If it’s good enough for Disney, Six Flags can make it work cheaper!

Adding a barbershop trio that performs near the park entrance.

Not a quartet. Gotta save money somehow.

NOT introducing their own version of Genie and Genie+.

They should gain a lot of customers with this move alone.

Sign us up! And we probably won’t have to sell any body parts to afford it!

Frankly, we think they can do better.

Moving a park to Texas.

If it’s good enough for Disneyland, Six Flags can do it cheaper!

Creating a park where the ideas of the park and the utilidors are reversed.

Loosening the restraints on their roller coasters.

Now you can add actual risk to the thrills!

Finally, not costing your life savings to vacation there.

Quite the radical concept. Chapek never would have thought of this.

You’re as excited as we are about the Spaceballs hotel, right? Let us know in the comments below!

March 21, 2022 by Marty in Other
© 2020 Uncle Walt's Insider. All rights reserved. All images used with permission. Unless otherwise attributed, all images licensed under Creative Commons CC0 license. This site is protected by reCAPTCHA and the Google Privacy Policy and Terms of Service apply.