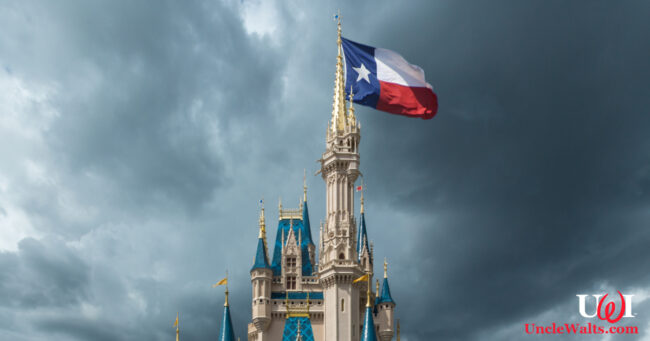 The moving vans are scheduled for Wednesday.

ANAHEIM, CA — Saying they’ve “finally had enough” and the state is “just nuts,” Disneyland officials have announced that the park is leaving California.

The park joins hundreds of thousands of California residents fleeing the state each year. Various reasons have been given for the mass exodus, but most common are the high cost of living, the overreaching liberal government, or that the state is “just nuts.”

Disney (the company) spokesperson Jun Disney (no relation) confirmed Disneyland’s move to Texas, although she would not divulge the specific location within the state.

“We’ve been looking at the numbers for quite some time,” Disney (no relation) says. “Obviously, we’d prefer to keep the park in the same spot Walt built it. But lately it’s become clear that it makes more financial sense to move to Texas. After all, we don’t pay our Cast Members enough to actually live in California, so a lot of them have already fled to Texas.”

Uncle Walt’s Insider will of course be the first to let you know Disneyland’s new Texas location, just as soon as we learn it ourselves. (Maybe Oklahoma?)

How long until Knott’s Berry Farm follows? Let us know in the comments below!

Cover photo: Maybe they’ll also make Sleeping Beauty Castle look like Cinderella Castle with a Texas flag! (Or the media guy was too lazy to create a new image and just reused one from a 2017 article.) Photo by depositphotos.com.