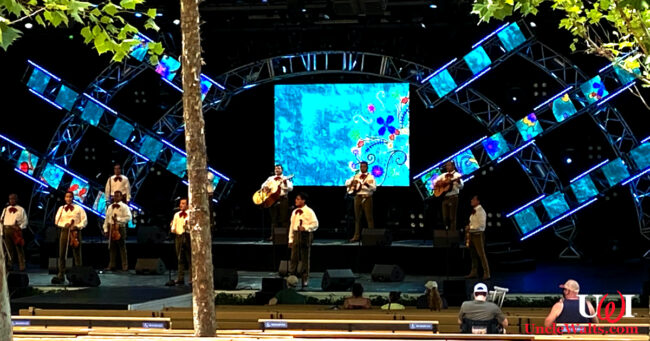 The President vowed to get right on this.

EPCOT, FL — Walt Disney World guests, already reeling from so many changes, found a new disturbance at EPCOT’s World Showcase. The America Pavilion’s normal patriotic music, backed by the incredibly talented Voices of Liberty, has been replaced by the sounds of mariachi.

Tensions were already running high in World Showcase, what with the UK Pavilion pulling out, the invasion of the French Pavilion, and the protests after Applebee’s took the riblets off the menu at the New Jersey Pavilion. Disney officials are obviously very concerned about this new development and have announced an immediate response. 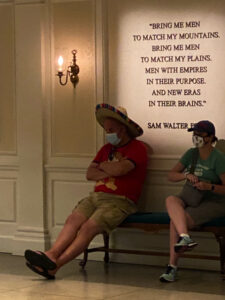 “Boys, this is bad,” Disney (no relation) said. “I mean, everyone loves the riblets! It brings people together!

“Oh, wait, the mariachis. Right. Actually, Mariachi Cobre is one of the most beloved performers at EPCOT. We all love hanging around the Mexico Pavilion, a Pepe’s Especial in hand, listening to the beautiful sounds from this amazing group of performers.

“So we do love mariachi music. However, we love it in the Mexico Pavilion.”

Everything has its time and its place

“Look, when you’re in France, do you want to witness the Japanese drummers? Or in Germany, do you want the Moroccan belly dancers? Do you really want Canadians apologizing in the Norway Pavilion?

“No, each has their own respective place. That’s the plan the Imagineers came up with loosely based on Walt Disney’s (the man, the myth, the legend, not the company or the spokeswoman) dreams for E.P.C.O.T. CENTER.

“That said, the Imagineers are going to build a wall. They didn’t say where the inspiration for the wall came from, just that it would be the best wall anyone has ever seen and that no one can build a better wall and it will be the envy of all border walls. Together we can make EPCOT great again!”

My God, we miss going to EPCOT. Do you? Let us know in the comments below!

July 25, 2020 by Walt in Florida
© 2020 Uncle Walt's Insider. All rights reserved. All images used with permission. Unless otherwise attributed, all images licensed under Creative Commons CC0 license. This site is protected by reCAPTCHA and the Google Privacy Policy and Terms of Service apply.