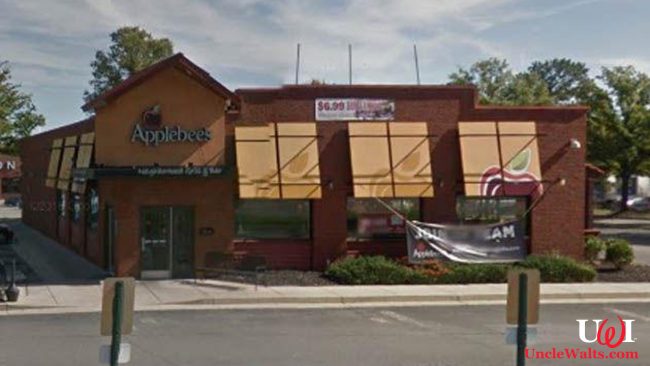 Not just any eatery is good enough for Disney’s newest World Showcase country!

E.P.C.O.T., FL — Disney Parks and Resorts and Spas are infamous [Ed.: That means more than famous, right guys?] for their world-renown restaurants, most of them achieving a minimum of 4 Churros on the Uncle Walt’s Insider Scale of Awesomeness. While everyone has been losing their mind over some boring space-themed restaurant coming to EPCOT Centre [Ed.: Guys, remember that time Marty brought that huge hoagie on Space Mountain?], Uncle Walt’s Insider discovered an even better experience coming to Epcot this summer.

Yes, the Disney Parks Blog recently revealed details for a new spaced-themed restaurant to be located in Future World at the Epcot Resort & Spa. While this is exciting news, what they missed was the even bigger announcement — another restaurant coming to the World Showcase’s New Jersey pavilion. And this time, it’s no one-off venture that no one’s ever heard of before!

Disney Parks and Resorts and Spas have announced the first of many Applebee’s locations to be built at all Disney Parks and Resorts and Spas. But this will be no ordinary Applebees! This glorious, full-immersion experience will feature 4K displays instead of windows, that will live stream images direct from some of your favorite locations in New Jersey!

In addition, the restaurant will feature another first within the World Showcase at Epcot Center — the entire staff will be from the state of New Jersey! This marks the first time that actual natives from a country will work as cast members. Guests will be delighted by the accents and mannerisms that only a true native can bring!

Disney spokesperson Jun Disney (no relation) shared a little secret with U.W.I.: “We’re excited to bring Applebee’s to That Park With The Giant Golfball, but frankly, our first choice was Bennigan’s. Turns out, though, not even Disney has enough tchotchkes and knick-knacks in storage to fill even one Bennigan’s location, let alone the 27 we have planned.”

Are you excited about the new EPCOT C.e.n.t.e.r. Authentic Jersey Applebees Experience? Let us know in the comments below!

May 14, 2018 by Walt in Florida
© 2020 Uncle Walt's Insider. All rights reserved. All images used with permission. Unless otherwise attributed, all images licensed under Creative Commons CC0 license. This site is protected by reCAPTCHA and the Google Privacy Policy and Terms of Service apply.