Guardians of the Galaxy: Cosmic Rewind to be re-themed to Twilight Zone - Uncle Walt's Insider

Guardians of the Galaxy: Cosmic Rewind to be re-themed to Twilight Zone 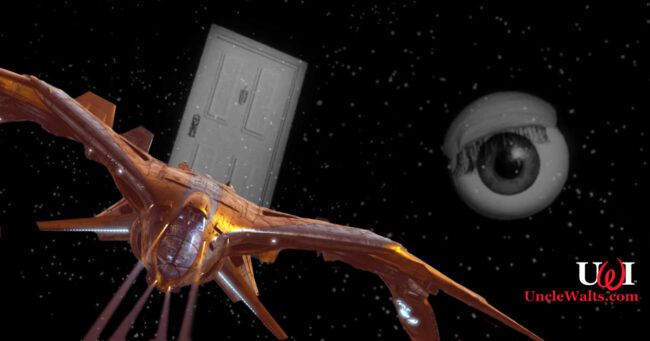 After the Guardians retheming of the Tiki Room and Pirates flopped, could this mean that the GotG craze is over?

EPCOT, FL — Millions of people have already had the chance to try out the new Guardians of the Galaxy: Cosmic Rewind attraction, and the reviews are in! And friends, they aren’t good.

Bob “Bob” Chapek wasn’t on hand to unveil the most recent roller coaster to welcome guests. (In fact, he only shows up in places he feels are safe, like his former alma mater, the Denny’s on Harbor Blvd, and also the Applebee’s at the New Jersey Pavilion in EPCOT, and any Bennigan’s location.)

That didn’t stop the rest of the Disney company from moving forward, revealing the new attraction to reporters (not us), guests (not us), and Cast Members (not us). And from what we’ve heard, the new ride is an absolute flop.

Part 2: in which the word “sucks” is thrown around quite a bit

While the re-theme of Tower of Terror at Disney’s California Adventure to Guardians of the Galaxy: Mission Breakout was a huge success and with zero controversy, this new attraction has fans wondering if Imagineers are out of imagination.

Sal Johnson of Mandan, ND was not a fan either: “It sucks. I loved the movies, but come on, no one is buying this garbage. Queue sucks, building sucks, the spaceship thing outside sucks. It all sucks!  Fudge  this place!”

This will restore balance to the Force

With all this negative feedback, Disney Imagineers have only one choice. We expect an announcement any day now that Guardians of the Galaxy: Cosmic Rewind will be shut down for a planned overhaul, estimated to take up to 3-1/2 years.

Once the ride is back up, guests will be able to enjoy a brand new themed attraction based on the hit television series The Twilight Zone. Expect the new Twilight Zone: Journey through the 8th Dimension to open up just in time for Christmas 2025! (Even with the new theming, the Thanos queue will still be an option.)

Come on man, this has been done! Right? Let us know in the comments below!

May 11, 2022 by Walt in Florida
© 2020 Uncle Walt's Insider. All rights reserved. All images used with permission. Unless otherwise attributed, all images licensed under Creative Commons CC0 license. This site is protected by reCAPTCHA and the Google Privacy Policy and Terms of Service apply.