Rumored Tiki Room overlay – not Moana, but Guardians of the Galaxy 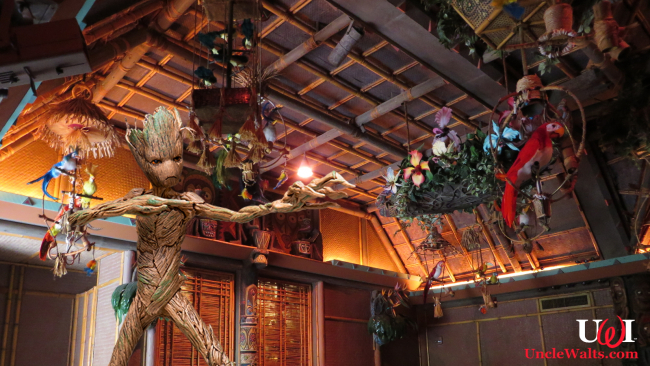 There will be no Moana / Tiki Room overlay. It’s Groot and Star Lord instead!

WALT DISNEY WORLD, FL — Fans of (the Magic Kingdom copy of) Walt Disney’s original Tiki Room had their hackles raised earlier this week, as rumors swirled of a Moana overlay coming to the attraction. Thankfully, park officials quickly quashed that story, stating strongly that Moana will not be taking over the Tiki Room.

Instead, the Guardians of the Galaxy will be joining Pierre, Fritz, and all of the singing birds, flowers and tiki gods!

As the subheadline says, this will be the first Guardians appearance at a Magic Kingdom attraction (at least since that horrible Guardians of the Caribbean fiasco). Apparently the backstory justifying the change is that Peter Quill once visited Epcot as a child, and while he was there he heard there was an Enchanted Tiki Room at the Magic Kingdom.

Details are sparse at the moment, but of course Uncle Walt’s Insider will be the first with all the information we can find. Or make up.

I am Groot? Let us know in the comments below!

July 5, 2019 by Marty in Florida
© 2020 Uncle Walt's Insider. All rights reserved. All images used with permission. Unless otherwise attributed, all images licensed under Creative Commons CC0 license. This site is protected by reCAPTCHA and the Google Privacy Policy and Terms of Service apply.