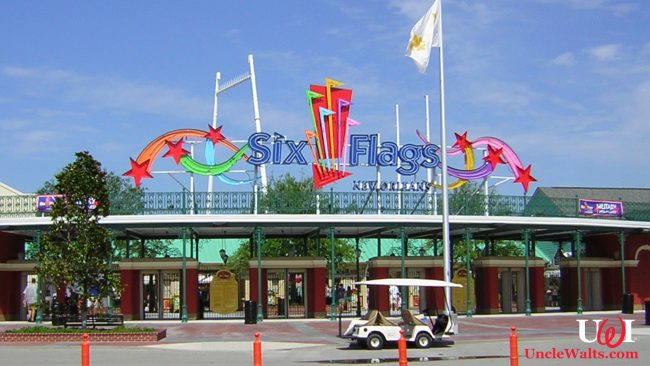 GRAND PRAIRIE, TX — Officials with Six Flags confirmed today that they are in “serious negotiations” with Disney Parks and Resorts. Their goal? To purchase Disneyland. THE Disneyland.

“Obviously it’s a prize we’ve had our eye on for a long time,” Six Flags CEO Jim “James” Reid-Anderson tells Uncle Walt’s Insider. “We don’t expect to get use of the Disney name, so the park will have to be called ‘Magicland’ or something like that. But we think it will be a fine addition to the Six Flags worldwide family of entertainment!”

Reid-Anderson is enthusiastic: “Of course, we wouldn’t go public about the talks like this if we weren’t sure we were close to a deal. We’ll settle on a number soon, and then Disneyland will be a Six Flags park!”

Uncle Walt’s Insider tried to contact Disney Parks and Resorts and Spas chairguy Bob Chapek for comment, but mostly got a lot of giggling and disconnected calls. So instead, we reached out to our favorite Disney (the company) spokesperson Jun Disney (no relation) for comment.

How could Six Flags improve Disneyland? Let us know in the comments below!

Cover photo: Artist’s rendition of the new entrance to Disneyland. By Chris Hagerman [CC BY 2.0 ] via Wikimedia.

August 30, 2019 by Marty in California
© 2020 Uncle Walt's Insider. All rights reserved. All images used with permission. Unless otherwise attributed, all images licensed under Creative Commons CC0 license. This site is protected by reCAPTCHA and the Google Privacy Policy and Terms of Service apply.