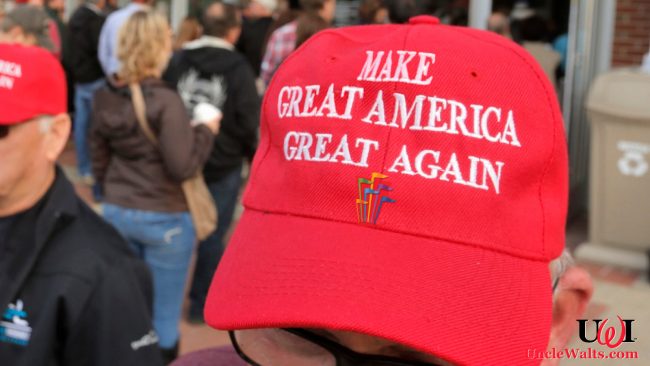 Greatness will only get you so far.

John L. Ama, a Wauconda resident, [Ed.: No, not Wakanda. Black Panther is from Wakanda. We’re talking about Wauconda, which is a small village in Lake County, IL.] met with the media and members of the public at a hastily assembled press conference, where it appeared that Mr. Ama was standing on top of a folding table covered with red, white, and blue bunting.

Uncle Walt’s Insider checked Securities and Exchange Commission filings and determined that Mr. Ama had actually only purchased one single share of Six Flags (NYSE: SIX) stock on April 30. We contacted Six Flags spokesperson Jun Flags (no relation), who said “While he seems to be a little ambitious about making plans for the Six Flags Great America park, Mr. Ama is welcome to attend our annual shareholders meeting. As a shareholder, he will be eligible to vote on any matters which are presented to the shareholders. Six Flags Great America will be open daily through August 26, weather permitting.”

What do you think? Could he do even more if he owned two shares? Comment below!

May 12, 2018 by X in World
© 2020 Uncle Walt's Insider. All rights reserved. All images used with permission. Unless otherwise attributed, all images licensed under Creative Commons CC0 license. This site is protected by reCAPTCHA and the Google Privacy Policy and Terms of Service apply.