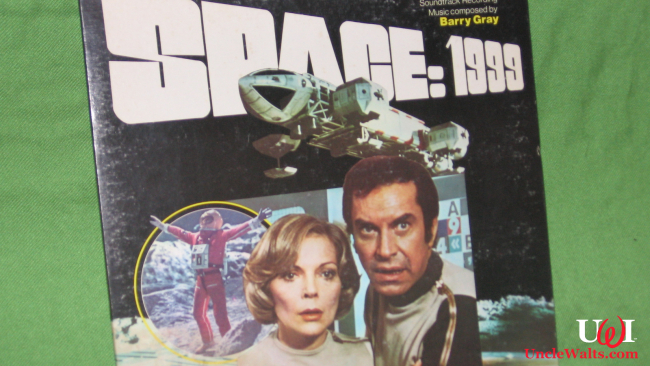 GRAND PRAIRIE, TX — “It’s like nothing you’ve ever seen before.” That’s the official word from Six Flags (the company) spokesperson Jun Flags (no relation) about the new lands coming to Six Flags Over Georgia and Six Flags Magic Mountain.

“When I say ‘It’s like nothing you’ve ever seen before,’ I mean that literally,” says Flags (no relation), “and can legally continue to say it until Friday when Disney opens its Star Wars: Galaxy’s Edge land in Disneyland. Our new lands, tentatively to be called Space: 1999 – Constellation’s Border, are nothing like anyone has seen, or will see before Friday. Unless you’re a Disney Cast Member or a member of the press who got a sneak preview.”

The new lands are based on the sci-fi television series Space: 1999, which debuted in 1975 and ran for two seasons.

The sincerest form of flattery

“I’m sure people think we’re doing this in response to the new Star Wars lands in Florida and California,” Flags (no relation) continues. “That’s ridiculous!

“First of all, our new lands will be in Georgia and California. We don’t even have a theme park in Florida! Unless you count our majority ownership in the Holy Land Experience in Orlando — but we couldn’t really think of a way to fit the Space: 1999 land there.

“Also, it’s not a ripoff of Galaxy’s Edge — it can’t be, because Space: 1999 wasn’t a ripoff of Star Wars. In fact, it debuted two years before Star Wars came out, so maybe Disney is ripping us off. Did you ever think of that?”

Land design and attraction plans are still sketchy at this time, but Flags (no relation) says many of the eatery menus have already been set: “There will be a lot of cheese-based menu items. Because the show was so cheesy, get it?”

Do you think they’ll have a “ride the moon as an explosion hurls it out of orbit” attraction? Comment below!

May 27, 2019 by Marty in California, World
© 2020 Uncle Walt's Insider. All rights reserved. All images used with permission. Unless otherwise attributed, all images licensed under Creative Commons CC0 license. This site is protected by reCAPTCHA and the Google Privacy Policy and Terms of Service apply.