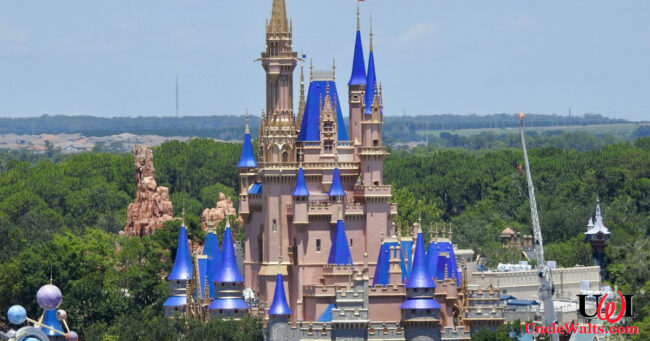 Just one more thing to clean up after the Main Street Autonomous Zone.

MAGIC KINGDOM, FL — Disney officials are scrambling after discovering Cinderella Castle was painted pink at some point during the shutdown. Disney (the company) spokesperson Jun Disney (no relation) spoke with our reporter.

“Since we’ve all been working at home, including our maintenance teams, no one has been seen the castle since March!”

Disney (no relation) continued, “The Bobs told the parks they should probably get ready for the upcoming protests, so they sent in a crew to open things up and have a look around. Much to their surprise, they found Cinderella Castle vandalized and painted this god-awful pink color! And we just had it sent out for cleaning, too.

“They did do a nice job on the spires, though.”

Due to the shutdown and the cost and time involved, Disney will not be able to re-paint the castle before the 2025 reopening. So they plan to reopen the Magic Kingdom and hope the guests don’t notice.

Which castle would you vandalize? Let us know in the comments below!

July 7, 2020 by Walt in Florida
© 2020 Uncle Walt's Insider. All rights reserved. All images used with permission. Unless otherwise attributed, all images licensed under Creative Commons CC0 license. This site is protected by reCAPTCHA and the Google Privacy Policy and Terms of Service apply.