Cinderella Castle “sent out for cleaning” 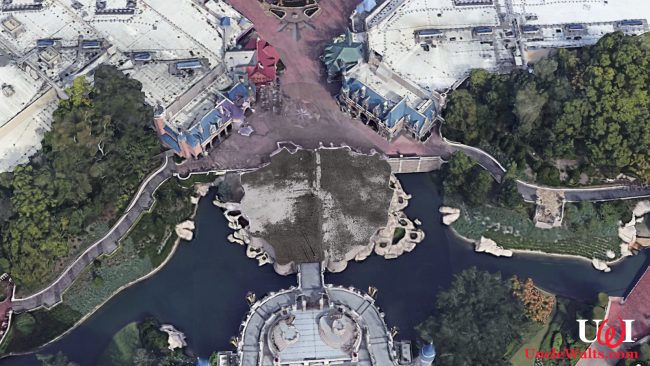 Disney takes advantage of the park shutdown to do some major maintenance.

WALT DISNEY WORLD, FL — The Disney parks, like so many businesses during the coronavirus shutdown, are taking a financial hit without guests (other than our Uncle Walt, of course).

Still, they are finding some advantages to the closure. With no guests around, Disney is able to do some major repairs and cleaning to the parks. A recent aerial photograph shows that Cinderella Castle is not in its usual Magic Kingdom spot. A park spokesperson confirms that the castle has been “sent out for cleaning and minor repairs.”

The Castle cleaning isn’t the only thing happening at Walt Disney World during the shutdown. Some other changes we’re aware of:

Should they also send the New Jersey Pavilion out for cleaning? Let us know in the comments below!

April 3, 2020 by Marty in Florida
© 2020 Uncle Walt's Insider. All rights reserved. All images used with permission. Unless otherwise attributed, all images licensed under Creative Commons CC0 license. This site is protected by reCAPTCHA and the Google Privacy Policy and Terms of Service apply.