L.A. Angels are NOT leaving California 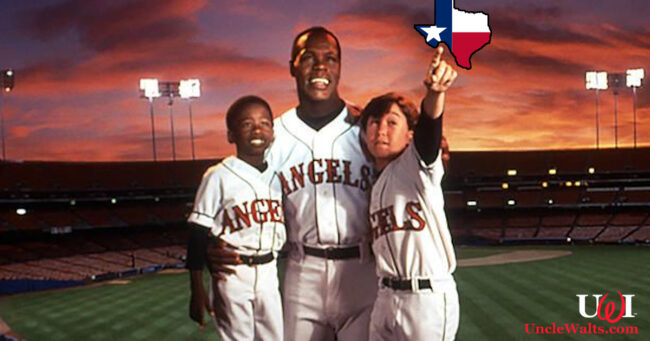 In a press conference yesterday, a spokesperson for The The Angels Angels confirmed the decision.

The spokesperson, who identified himself as “Head Angel Al” (and who looks suspiciously like Christopher Lloyd), admitted, “We thought about moving, but then decided not to. I mean, really, in the long run, it doesn’t matter. Nobody really pays attention to us anyways. It would’ve been a good publicity stunt, but the publicity would only last for a few minutes, so why bother?”

Uncle Walt’s Insider quickly polled ten people who call themselves Angels fans. [Ed.: Ten people may seem like a very small sample size, but in this case, it’s actually about 88% of the total number of Angels fans.]

Did you know Anaheim had a baseball team? Let us know in the comments below!

Cover photo: In a heartwarming moment from Angels in the Outfield (1994), a young Joseph Gordon-Levitt shows Danny Glover where the team should move. Photo © 1994 Disney.

September 18, 2020 by X in California
© 2020 Uncle Walt's Insider. All rights reserved. All images used with permission. Unless otherwise attributed, all images licensed under Creative Commons CC0 license. This site is protected by reCAPTCHA and the Google Privacy Policy and Terms of Service apply.