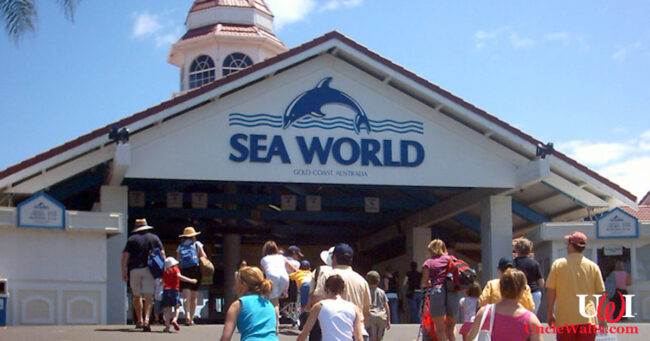 Shamu is in Texas! Who knew?

SAN ANTONIO, TX — Uncle Walt’s Insider has some breaking news that you will ONLY find here! Sometime during the Covid-19 shutdown, SeaWorld San Diego packed up and moved the entire operation to San Antonio, TX!

The park is the latest to flee California for more normal states, after Disneyland and Knott’s Berry Farm announced moves earlier this week.

Our very own Uncle Walt discovered this move while visiting San Antonio.

Not a copy, but close

“It’s not an exact copy of the San Diego park, but it’s close,” Uncle Walt said. “The entire cast of characters is here, so it has to be true. Shamu, Clyde and Seamore, all here. I honestly don’t believe that they would just re-use names at multiple theme parks.

“I did talk to a local who said that it’s possible they are moving everything to Florida, and this is just a temporary setup while they prepare for that move.”

There is no way they’d open up a park in Florida. Do you agree? Let us know in the comments below!

Cover photo: This proves that SeaWorld is now in Texas. Photo by Tristanb [CC BY-SA-3.0] via Wikimedia.

September 6, 2020 by Walt in California, World
© 2020 Uncle Walt's Insider. All rights reserved. All images used with permission. Unless otherwise attributed, all images licensed under Creative Commons CC0 license. This site is protected by reCAPTCHA and the Google Privacy Policy and Terms of Service apply.