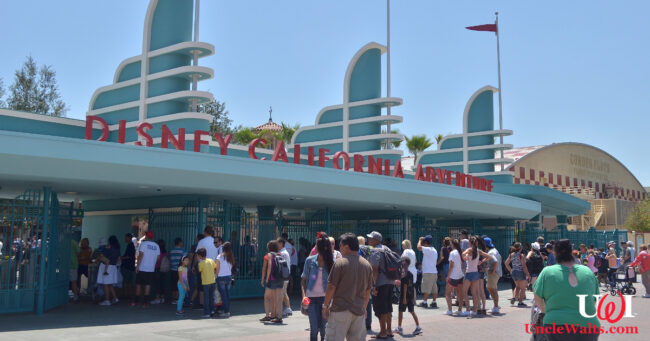 “Who would want a ‘California’ park in a non-California state?”

“Sure, we’d like to leave,” Disney (the company) spokesperson Jun Disney (no relation) tells Uncle Walt’s Insider, “especially since Disneyland took the parking garages with them. But we’re a California-themed park. Everything about us screams ‘California.’

“Take a look at the theming: from the, um, entrance, to the Hollywood-like section, to Cars Land, to Paradise, I mean Pixar Pier, to the Guardians of the Galaxy ride… … to the upcoming Marvel-themed Avengers area… … …, oh! and Soarin’… Around the World…. Huh, wait….”

Maybe not that big a leap?

Disney (no relation) paused a moment to gather herself.

“Okay, but it’s even in our name! Who would want a ‘California’ park in a non-California state? … But then again… why did we build a California-themed park in California in the first place?…

“Forget this. We’re leaving, too.”

Will they rename it Disney California Texas Adventure? Let us know in the comments below!

September 12, 2020 by Marty in California, World
© 2020 Uncle Walt's Insider. All rights reserved. All images used with permission. Unless otherwise attributed, all images licensed under Creative Commons CC0 license. This site is protected by reCAPTCHA and the Google Privacy Policy and Terms of Service apply.