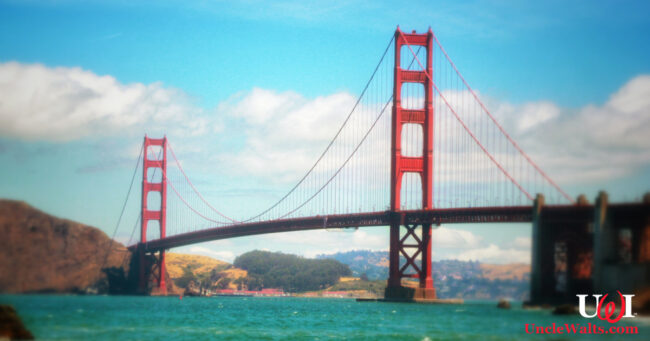 Where will it end?

SAN FRANCISCO, CA — It started with hundreds of thousands of residents leaving California. Then theme park Disneyland decided to leave, and was quickly followed by Knott’s Berry Farm, SeaWorld, and Disney California Adventure.

“Things are just getting nuts out here,” said Gate (no relation). “I mean, when someone put out a ‘poop map’ of San Francisco, we figured the city was pretty much doomed. That’s when we first started thinking of where a better place for the bridge would be.”

Gate (no relation) says a specific Texas destination has not been settled upon.

“The obvious choice would be to span the Rio Grande. But we’re pretty sure if we go there, someone will want to build a wall in the middle of the bridge. So we’re looking at locations in Corpus Christi, the Houston ship channel, Galveston. We’ll see. And Dallas has a couple of cool bridges across the Trinity River we could join.

“Oh, and you didn’t hear it from us, but we’re pretty sure Yosemite National Park’s just about had it with California as well.”

Where might Yosemite move to? Let us know in the comments below!

September 15, 2020 by Marty in California, World
© 2020 Uncle Walt's Insider. All rights reserved. All images used with permission. Unless otherwise attributed, all images licensed under Creative Commons CC0 license. This site is protected by reCAPTCHA and the Google Privacy Policy and Terms of Service apply.