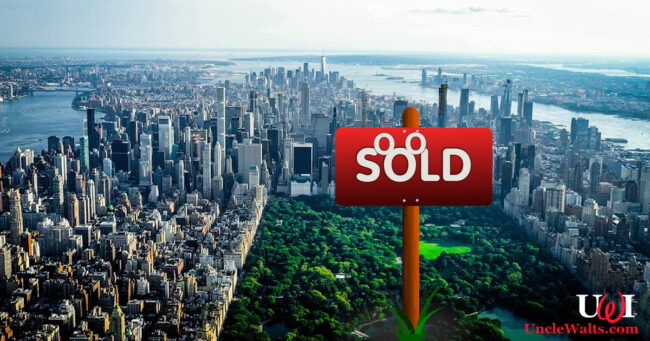 Hey, look what they were able to do with swampland in Florida!

NEW YORK, NY — The Island of Manhattan used to be the crown jewel of New York City. The streets were filled with cars and people rushing from place to place. It was a huge hub of the world economy — and had some of the highest real estate rates in the world.

However, once the Coronavirus found its way out of China, economies collapsed. Businesses were forced to shut their doors, and everyone isolated at home. Just when there seemed to be a light at the end of the tunnel, racial tensions blew up and protests turned to rioting and looting. The streets of New York City were not immune, and the results were clear. People no longer felt safe. Businesses closed, people moved out, and the crown jewel was reduced to a ghost town.

The price of prime Manhattan real estate collapsed. And one particular Mouse noticed.

It’s been said that when Disney purchased the Muppets in 2004, former Disney CEO Bob “Michael” Eisner had just watched The Muppets Take Manhattan (1984). Only after the papers were signed did he learn, to his disappointment, that the Muppets had not literally taken Manhattan and it was not included in the deal. Well, Eisner’s dream may have just come true: Disney has purchased Manhattan.

Uncle Walt’s Insider has learned that the Walt Disney Company, always eager to expand the Disney empire, has purchased the entire Island of Manhattan. While it is unclear what will become of the buildings and such, the infrastructure is already in place for Disney to build theme parks, hotels, and spas!

Disney (the company) spokesperson Jun Disney (no relation) said she could not confirm nor deny the purchase of Manhattan, but she did share this bit of information:

This bit of information:

“Everyone knows that Walt Disney (no relation to me) wanted more land to get away from the hustle and bustle of life,” Disney (no relation) said. “That is why he bought swampland in Florida. Look, boys, I can’t officially or unofficially comment on this breaking news that only Uncle Walt’s Insider will be talking about, not even WDWNTT! [Ed.: Shocking!]

“But I will leave you with what is probably the most famous Walt Disney quote, one that adorns merchandise, signs, and is often spoken by people everywhere: ‘This place would be even better if it had its own subway system!‘”

Do you think this will affect crowd levels at the New Jersey Pavilion at EPCOT? Let us know in the comments below!

August 21, 2020 by Walt in World
© 2020 Uncle Walt's Insider. All rights reserved. All images used with permission. Unless otherwise attributed, all images licensed under Creative Commons CC0 license. This site is protected by reCAPTCHA and the Google Privacy Policy and Terms of Service apply.