The 11 Best Amusement Parks in Florida? 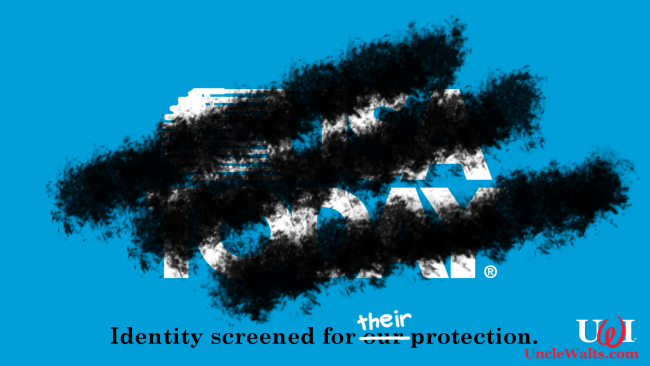 UNCLE WALT’S INSIDER H.Q., SVALBARD — Recently, the loyal, hardworking writers of your favorite Disney website [Ed.: Us, right?] were in the newsroom, searching for inspiration. And by “searching for inspiration,” we mean looking at competitors’ websites for stuff we can rip off. And we came across an article published by a certain newspaper, entitled “The 11 best amusement parks in Florida, 2019 edition.”

Now, we’re not going to name names, but this USA-based paper claims TO have a readership each DAY of 2+ million readers. So, they’re a fairly large paper. One would think that they would carry a reasonable banner for journalistic integrity.

But wait, there’s a plot twist!

Hold on — that is just a list of every major amusement park in the state! (Well, they did combine two with a slash on the last line, but still…)

Yep, you read that right. A major newspaper created a “Best Of” list by listing everything. We at Uncle Walt’s Insider usually rely on old-fashioned journalistic skills, such as research, interviews, and fabrication. However, it’s apparently acceptable to grab a list of things, count them, and then create a list of the “Best X Things.” Evidently, it saves a lot of time. And, as they say, time is money.

We, however, stand by our decisions. We will continue to write actual articles. And we will continue to pretend we are real journalists! Maybe it’s harder. But that won’t stop us, because sometimes the easy way is the wrong way! We were voted the Best Disney Website Ever! Nothing can stop us now!

What do you think? Is that unnamed newspaper really lazy or just slightly lazy? Comment below!

December 28, 2018 by X in Florida, Other
© 2020 Uncle Walt's Insider. All rights reserved. All images used with permission. Unless otherwise attributed, all images licensed under Creative Commons CC0 license. This site is protected by reCAPTCHA and the Google Privacy Policy and Terms of Service apply.