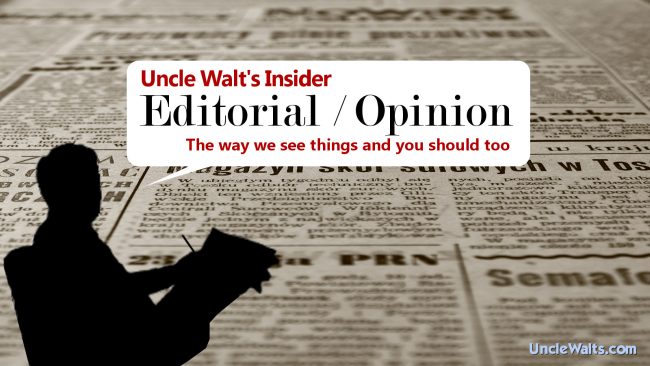 Awards Season is Upon Us

As our loyal readers know, Uncle Walt’s Insider recently announced our 85th Annual Golden Churro Awards for excellence in Disney Social Media. Shortly thereafter, the Disney Parks Mom’s Panel announced their 2nd Annual Best Things at Walt Disney World awards. While we greatly appreciate and are humbled by the Moms naming Uncle Walts as the Best Disney Website Ever, we do have some minor issues with their announcement.

The Paragraph in which we discuss Timing

Sure, posting “Best Of” awards is not an original idea. But don’t you think it’s a little suspicious that the Mom’s Panel announced their awards the week after Uncle Walt’s announced ours? Who knows, maybe there’s no nefarious intent, but we at Uncle Walt’s strongly feel that the timing of this announcement was intended to steal focus from our announcement.

The Paragraph in which we discuss Snacks

The Mom’s Panelists apparently think that a Dole Whip is the best snack at Walt Disney World. The Dole Whip is a fine snack, but everyone knows that Churros are where it’s at. (ed.: We’re not exactly sure what “It” is, but we know that Churros are where it’s at.). Churros are, for those unfamiliar, a delicious, fried, sweet, cinnamon-flavoured snack. Dole Whip is vaguely pineapple-flavoured ice cream. Our runner up would have to be the Carrot Cake cookie, but that’s a distant second to our beloved Churro. (Did you know? The Churro was a favorite treat of Walt Disney himself, and he could often be found enjoying them!)

The Paragraph in which we discuss Disney Springs

The Mom’s Panel also included a category for “Favorite Disney Springs Activity.” Sadly, in this category, it appears that the only two options considered were “Shopping at 3rd Party Stores Not Operated by Disney” or “Dining at 3rd Party Restaurants Not Operated by Disney.” Missing from the award options were our personal favorites “Trying to trick the Car Sensors in the Kumquat Garage” and “Enjoying original Disney shows not found Anywhere Else.”

The Paragraph in which we lament the loss of Pleasure Island

In order to make room for the above mentioned 3rd party shopping and dining, in 2008, Disney closed the Pleasure Island section of the then Downtown Disney, and all its entertainment venues. Although the music and dance clubs were fine (nothing special), we at Uncle Walt’s Insider are strongly opposed to the loss of the Comedy Warehouse and Adventurer’s Club. The Comedy Warehouse was an improv-style show similar to ‘Whose Line is It Anyway’. (Former Comedy Warehouse actor Wayne Brady would go on to become a star of ‘Whose Line’.) The Adventurer’s Club was something totally unique. Picture a 1930’s gathering of famous adventurers and explorers, holding their annual open house. Actors would roam through the building, interacting with guests, and putting on shows. Even the wall art and the bartenders were part of the show. Nobody was excluded! And Disney closed that, in favor of a restaurant where you can get small portions of food at large prices. (A member of the Uncle Walt’s Staff recently dined there, and reported that one member of their party was served a “piece” of chocolate cake that measured 2″ wide x 2″ long x 1/4″ tall. 1 cubic inch of cake! Outrageous!) How the Mom’s Panel can consider this to be an improvement over what once was, we don’t know.

The Paragraph in which we Conclude this Article

So, all in all, a decent 2nd effort by the Disney Parks Mom’s Panel. We’re glad to see you trying to award excellence, because there can always be more excellence in the world. Hopefully, you’ll take our advice into account, and next year’s awards will be even better!

Opinions expressed in Uncle Walt’s Insider editorials are completely fair, accurate, and truthful, and we adopt and stand by each and every word said, unless they get us into trouble.

February 16, 2018 by X in Other, Spotlight
© 2020 Uncle Walt's Insider. All rights reserved. All images used with permission. Unless otherwise attributed, all images licensed under Creative Commons CC0 license. This site is protected by reCAPTCHA and the Google Privacy Policy and Terms of Service apply.