Don't believe it: a Universal theme park is NOT coming to Texas - Uncle Walt's Insider

Don’t believe it: a Universal theme park is NOT coming to Texas 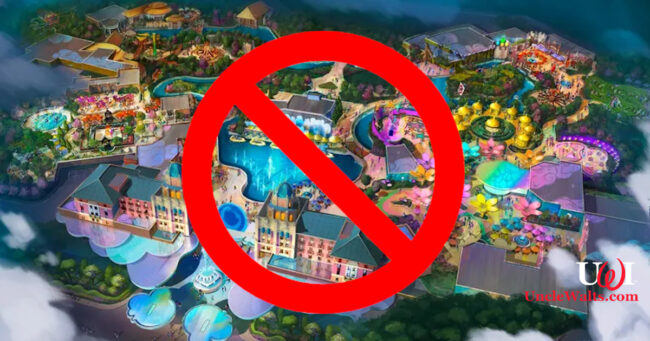 Seriously, are you all going to fall for this hoax again?

FRISCO, TX — Despite the news stories (so. many. news. stories), Uncle Walt’s Insider can confidently report that a Universal Studios theme park is NOT being built in Texas.

We at Uncle Walt’s have numerous amazing inside sources in all the theme park and entertainment companies, and not one of them has given us this scoop.

Fool me once, shame on you; fool me twice, you’re our kind of reader

We contacted our favorite Universal (the company) spokesperson, Juni Versal (no relation) for comment on the story.

“Do they think people will fall for this again?” Versal (no relation) asked. “I remember when Uncle Walt’s reported that Disneyland was moving from California to Texas, and everyone went absolutely gaga. And yes, that turned out to be true, but none of the other stories about the Golden Gate Bridge or Fake Theme Park going to Texas were real. [Editor’s note: The Golden Gate Bridge did briefly move to Corsicana back in May of 2021, but apparently it’s back in San Francisco now.]

“So, a Universal theme park in Texas? Don’t believe a word of it.”

Universal (the company) spokesperson Juni Versal (no relation) reached out to Uncle Walt’s Insider shortly after publication to reveal that yes, there might be a sliver of truth to the story.

“It turns out I got a memo about Disneyland Texas being sold to Universal a month ago,” Versal (no relation) confessed. “But, you know, it was in the middle of holiday shopping, and I was going through some personal stuff, so I forgot to leak it to you guys.

Will you visit the former Disneyland Texas? Let us know in the comments below!

Cover photo: Don’t believe anything until you read it in Uncle Walt’s Insider! Artists concept of fake Texas park © Universal.

January 12, 2023 by Marty in Other
© 2020 Uncle Walt's Insider. All rights reserved. All images used with permission. Unless otherwise attributed, all images licensed under Creative Commons CC0 license. This site is protected by reCAPTCHA and the Google Privacy Policy and Terms of Service apply.