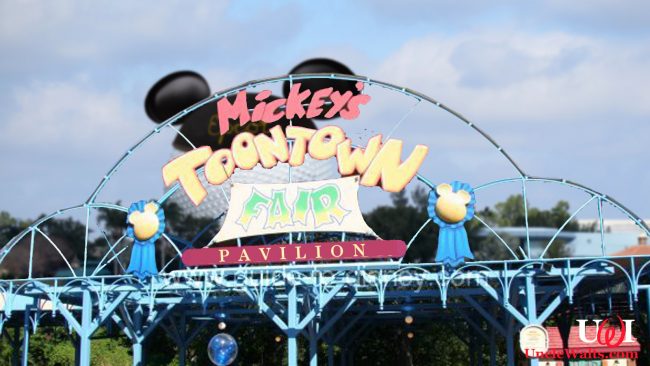 ORLANDO, FL — The Disney Company has put out a shocking press release stating that Toontown is returning to the Walt Disney World Resort — this time as a pavilion in World Showcase at the E.P.C.O.T. Centre Theme Park, Resort and Spa.

Robert A. “Bob” Iger, the Chairman, CEO, and Chief Churro Wrangler of The Walt Disney Company, first hinted at the change in a call to investors, stating that new pavilions would be coming to Epcot. Although, as faithful readers of Uncle Walt’s Insider [Ed.: both of you] know, there is a New Jersey Pavilion is currently under construction (with world class dining coming as well), fans and stockholders alike were rattled by the recently announced departure of the United Kingdom pavilion.

Today, Uncle Walt’s Insider received a fax from Disney Parks, Resorts, & Spas stating that Toontown will return to the Walt Disney World Resort. Instead of just the boring Toontown Fair that was burned down and replaced recently, Disney plans on bringing an exciting new Toontown pavilion to the World Showcase.

Details are scarce at this time, but Disney spokesperson Jun Disney (no relation) shared with us a few hints, “Guests who step out of reality and into this fabulous pavilion will find no less than three high speed thrill rides, two dark rides, a children’s play area with splash pads, and a few rides, maybe five to six, aimed at the little ones.”

She also let us know that attractions aren’t the only draw, “Imagineers have also drawn up plans for three table service restaurants, two counter service restaurants, various snacks and beverages. And of course, the finest Churro cart that Walt Disney World has to offer!”

Are you ready for Toontown’s return? Let us know in the comments below!

May 31, 2018 by Walt in Florida
© 2020 Uncle Walt's Insider. All rights reserved. All images used with permission. Unless otherwise attributed, all images licensed under Creative Commons CC0 license. This site is protected by reCAPTCHA and the Google Privacy Policy and Terms of Service apply.