Intern buys too much paint; everything will now be the same color as Cinderella Castle - Uncle Walt's Insider

Intern buys too much paint; everything will now be the same color as Cinderella Castle 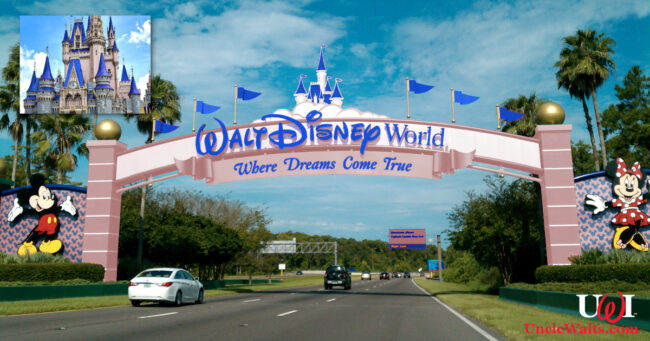 With all the pink and blue paint, WDW is also running specials on gender reveal parties.

WALT DISNEY WORLD, FL — Visitors to the Walt Disney World Resort, Spa, & Election Recovery Center may have noticed some color changes around the property. Disney has been quietly repainting a few structures: castles, toll plazas, and gateway arches so far.

Uncle Walt’s Insider readers were privy to our exclusive news — as in no one else talked about this, anywhere — that Cinderella castle at Disney’s Magic Kingdom received some minor touch up paint earlier in 2020. With revenue in decline due to the shutdown, Disney did not plan to make any other improvements to the aforementioned structures. But then something changed.

We can now reveal, as totally accurate and not made-up news, that an intern at Disney’s Imagineering, Resort & Spa made a calculation error — and ordered way too much paint.

Everything pink and blue

Disney (the company) spokesperson Jun Disney (no relation) chatted it up with us over tea and biscuits.

“So this kid, right?” Disney (no relation) says, her mouth spewing crumbs. “He uses an abacus and slide ruler to make his calculations! Says this is how his Grandpa did it, how his Dad did it, and it’s going to be how he does it. Little did we know he never really learned to use them himself!

“So we end up with all this extra paint. We can’t store it, and we’re not paying another fine for chucking it into the Seven Seas Lagoon like last time. So we’re going to just update a few things here and there. Like with that castle over there (she gestures wildly in all directions), guests probably won’t even notice.”

We can’t even tell a difference. Can you? Let us know in the comments below!

November 8, 2020 by Walt in Florida
© 2020 Uncle Walt's Insider. All rights reserved. All images used with permission. Unless otherwise attributed, all images licensed under Creative Commons CC0 license. This site is protected by reCAPTCHA and the Google Privacy Policy and Terms of Service apply.