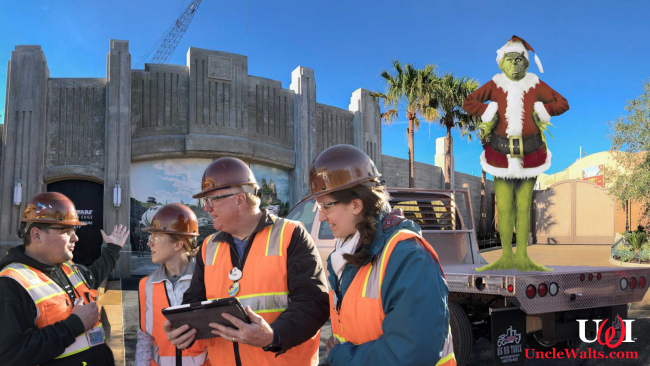 Just in time for the holidays! Kind of.

Today’s character spotting is more in line from when the Minions showed up: it’s the Grinch. And not the lovable original version, but the repulsive, unnecessary Jim Carrey version. But then, as the saying goes, Disney works in mysterious ways.

Sources tell Uncle Walt’s Insider that placing unlikable characters in Galaxy’s Edge is a strategy to avoid large, unmanageable crowds in the early months of the area’s operation.

December 15, 2018 by Marty in California
© 2020 Uncle Walt's Insider. All rights reserved. All images used with permission. Unless otherwise attributed, all images licensed under Creative Commons CC0 license. This site is protected by reCAPTCHA and the Google Privacy Policy and Terms of Service apply.