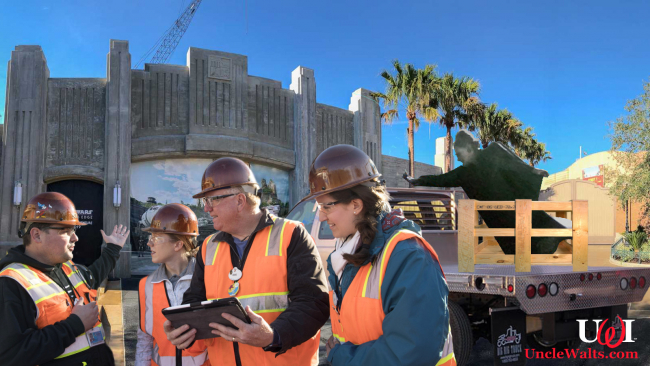 “… the one thing that could have given us strength to pass the animatronic Jar Jar.”

ANAHEIM, CA — Yet another animatronic character has been spotted arriving at the new Star Wars-themed land at Disneyland Park: Princess Leia. But many fans of the film series are disappointed with the look of the character.

“They totally went the wrong direction with this,” says self-described “Star Wars geek” Tad Myerson of Thousand Oaks, California. “So many of us were hoping that it would be young, hot Leia in the bikini she wore in Return of the Jedi. We even had an online petition aimed at Disney.

“But no. Instead we get old, half-frozen Leia from that stupid floating-through-space scene in Last Jedi.”

Skeptics see this as another measure by the Disney company to help control the crowds expected to flood the new Star Wars: Galaxy’s Edge area when it opens next year, like the animatronic Jar Jar Binks stationed at the entrance

“I can’t disagree. The thought of interacting with Princess Leia in a bikini was the one thing that could have given us strength to pass the animatronic Jar Jar.”

Would you brave passing Jar Jar to see General Leia float through space? Comment below!

August 15, 2018 by Marty in California
© 2020 Uncle Walt's Insider. All rights reserved. All images used with permission. Unless otherwise attributed, all images licensed under Creative Commons CC0 license. This site is protected by reCAPTCHA and the Google Privacy Policy and Terms of Service apply.