A WWWD Special Report: The failure of Disney+ 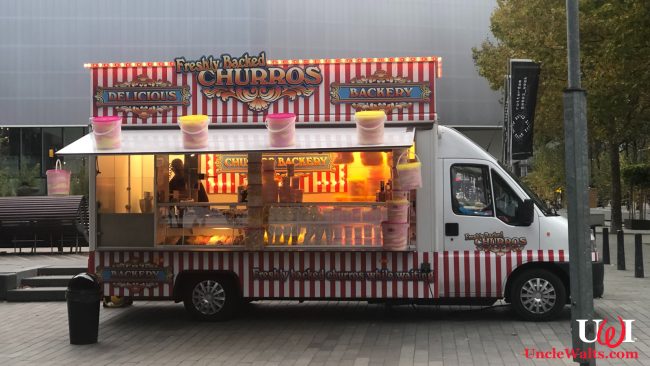 OLD HOLLAND, NETHERLANDS — Our very own Uncle Walt has been traveling the globe for his upcoming book, The Global Churro. While visiting the Netherlands, our beloved [Ed.: And most favorited UWI Author, based on a recent round of voting by the team.] [Marty: I don’t remember voting] Uncle Walt found himself unable to enjoy local television. So he did what everyone else would do: he turned to the Internet.

This is his first-hand account of his encounter with Disney’s new streaming service, Disney+, and why Uncle Walt’s Insider is here to say that Disney+ is already a failure.

Not much “there” there

“I was fresh off an extremely full flight from the United States,” reports Walt. “Everyone on board was moving to the Netherlands so they could start streaming Disney+ before anyone else.

“That evening I got to my hotel room after a day of checking out the local Churro scene (pictured). Churros are universal, and just as perfect in the Netherlands as the U.S.! I pulled up the Disney+ website and logged into my Disney+ account. The excitement continued to build as each bit of the website loaded. Soon, there it was, Disney+ and a library of classic Disney movies. Or so I thought.”

Walt didn’t find what he was looking for.

“See, none of the movies the fans want to see are on here. Sure, there are the ‘traditional’ Disney classics like Star Wars, and if you’re into that sort of thing, Avengers movies. But I wanted more.

“I dug deeper into the website, looking for real Disney classics, such as The Boatniks or Condorman. Not there. Sure, they have The Black Hole, but where is Burl Ives singing the hit Disney song, “Ugly Bug Ball” in Summer Magic? No one cares about Pollyanna!

Such a disappointment. Sorry kids, not even bringing back Song of the South is going to save this abysmal failure of a streaming service.”

But they have the uncut version of Fantasia, right? Let us know in the comments below!

Cover photo: Yes, the Netherlands has Churros and Churro trucks — but why are the Churros “backed”? Those silly Dutch. Photo by Uncle Walt, used without permission.

October 22, 2019 by Walt in WWWD
© 2020 Uncle Walt's Insider. All rights reserved. All images used with permission. Unless otherwise attributed, all images licensed under Creative Commons CC0 license. This site is protected by reCAPTCHA and the Google Privacy Policy and Terms of Service apply.