Disney+ active in Netherlands; millions of Disney fans moving there 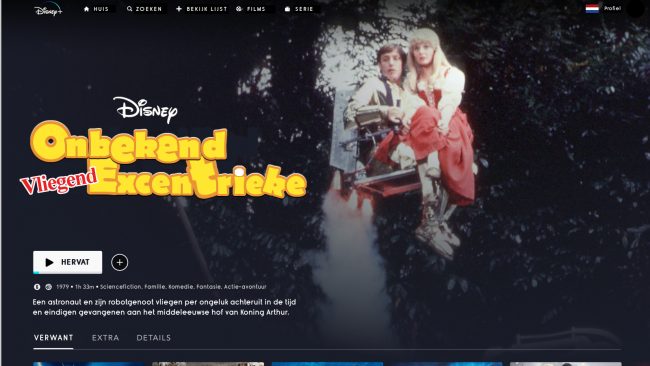 “I don’t even speak Netherlandian.”

ROTTERDAM, THE NETHERLANDS — Disney’s new video streaming service, Disney+, won’t go live in the U.S. until next month, but some impatient fans aren’t waiting. You see, Disney+ is already active in the Netherlands. Consequently, over 10.3 million Disney fans have renounced their U.S. citizenship and applied for permanent residency here.

“We expected some increased interest in immigration to our country when we heard Disney would test the service here,” said a spokesperson for Dutch Prime Minister Mark Rutte, through a Punjabi translator. “But then they had to go and make it available for free. We can’t handle this many Americans at once!”

Uncle Walt’s Insider reached out to several of these recent Dutch immigrants to learn more. Chris Rowley, formerly of Conway, Arkansas, was the only one willing to speak to us.

“It was a simple choice,” Rowley, who now calls himself “Klaas,” explains. “Either I could wait another month or so to get my Disney streaming fix, or quit my job, sell my home, and move my family to a country we’ve never been before. I don’t even speak Netherlandian!

“But it’s been 17 years since House of Mouse went off the air. Seventeen years! Not to mention how long it’s been since I’ve seen Song of the South! Of course I couldn’t wait. Now go away, I have some childhood memories to relive.”

Have you moved to the Netherlands yet? Let us know in the comments below!

Cover photo: Disney+ is active in the Netherlands! Screenshot by Walt, used without permission, with an assist from Google Translate, since apparently most everyone over there speaks English, so Dutch wasn’t even a language option when he logged in. Does anyone even read these photo credits?

October 17, 2019 by Marty in Other, World
© 2020 Uncle Walt's Insider. All rights reserved. All images used with permission. Unless otherwise attributed, all images licensed under Creative Commons CC0 license. This site is protected by reCAPTCHA and the Google Privacy Policy and Terms of Service apply.