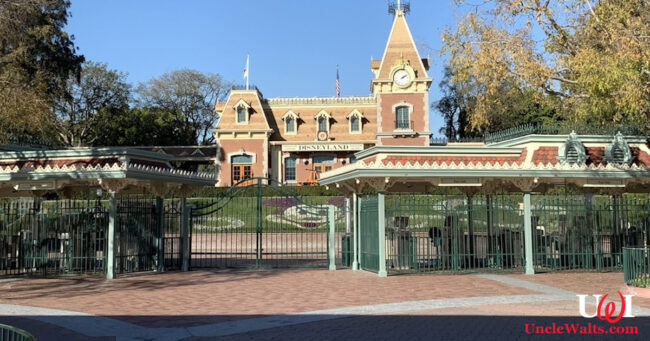 Ride operators at the parks will finally be on-site again instead of pushing buttons from home!

BR’ER BANK, CA — Newly reinstated Disney CEO Bob “Bob” Iger has told employees that the days of working from home are coming to an end. Effective March 1, 2023, Disney employees will be required to work in person at least four days per week, including at the many Disney theme parks around the globe. And Cast Members are not happy with the order!

Uncle Walt’s Insider caught up with a few Disney employees to see how this will affect their daily routines.

“Well, first I’m going to have to find someone to watch my two kids. It was easy for me to be here at home and just turn on the TV for them! I adhered to company policy and only played kid’s videos from Disney+.

“The second problem is I am going to have to fire the homeless guy I had running the remote Safari Vehicle. He sounded just like me, and was happy to drive guests virtually for just 25¢ an hour! Now Disney is going to put him back into poverty, and I’m going to have to quit my second job in software development to return to the parks!”

Lorenzo Washington, a 47-year-old lead voice for The Festival of the Lion King

“Although, only four days a week? Why not eight?!

“And we should raise ticket prices, and start charging per ride on the Disney Transportation System! And for air! And for sunshine! And for rain! AHHHHAHAHAHAHAHA!!!!”

“This news is disappointing to me. I’ll have to wear a uniform again and mingle with all of those annoying guests? And I was just getting good at steering the ship from home.”

“We finally had a ghostly reprieve from that song, and now we have to go back?

“But it could be worse. I heard at least two animatronic characters from It’s a Small World are taking steps to joining us…”

Will you visit the parks knowing that even more people will be there?  Let us know in the comments below!

Cover photo: One last look at Disneyland without any Cast Members physically onsite. Photo via Twitter..

January 11, 2023 by Walt in World
© 2020 Uncle Walt's Insider. All rights reserved. All images used with permission. Unless otherwise attributed, all images licensed under Creative Commons CC0 license. This site is protected by reCAPTCHA and the Google Privacy Policy and Terms of Service apply.