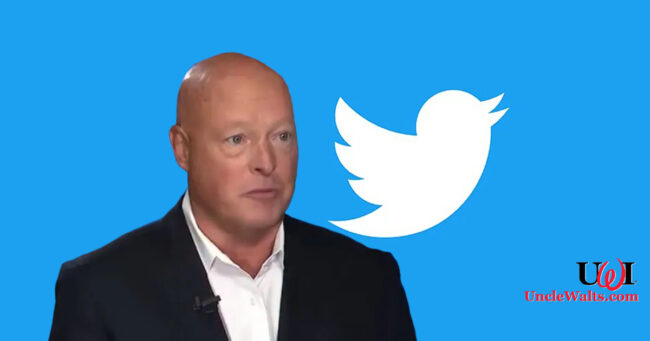 Well, he was available.

SAN FRANCISCO, CA — As promised, “Chief Twit” Elon Musk has honored the results of a poll of Twitter users and is stepping down as CEO of the social media company. And in confirming his departure, Musk also announced that recently-deposed Disney executive Bob “Bob” Chapek will be taking his place.

“I was looking for someone who would continue to annoy both employees and customers,” Musk explained, “and Chapek certainly has a strong history of doing just that.”

As his first act as CEO, Chapek is doubling the price of Twitter Blue from $8 to $16.

What other ways can Chapek ruin Twitter? Let us know in the comments below!

Cover photo: We were going to report on his first tweets, but we can’t afford the new access fees.

December 20, 2022 by Marty in Other
© 2020 Uncle Walt's Insider. All rights reserved. All images used with permission. Unless otherwise attributed, all images licensed under Creative Commons CC0 license. This site is protected by reCAPTCHA and the Google Privacy Policy and Terms of Service apply.