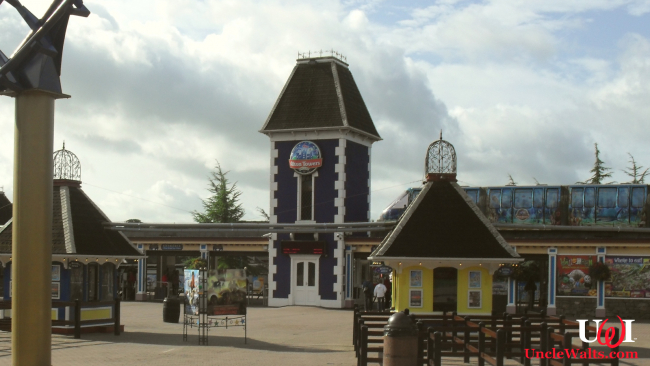 Now Brits won’t have to travel to Orlando or Paris to see Mickey!

STAFFORDSHIRE, ENGLAND — For years, long-suffering Disney fans in the United Kingdom have watched other countries get Disney parks. First France, then Japan, then China – both Hong Kong and Shanghai – and even North Korea and New Zealand. But now their patience has paid off, as the Walt Disney Company has announced plans to purchase the Alton Towers Resort in Staffordshire, England.

The Alton Towers Resort, like so many amusement parks worldwide, was born from an effort to pay the upkeep expenses of some wacky nobleman’s lavish property. It has grown from a simple garden and fairgrounds in the 1950’s to a full-fledged theme park today, with roller coasters and churros. It is currently the third-most visited theme park in the U.K., after Legoland Windsor, and Buckingham Palace.

Details are scarce as to what Disney will do with the park, especially considering its location. With it being so close to a couple of villages, there are already building restrictions in place and have been lawsuits over noise complaints. Disney lawyers are researching whether the Reedy Creek Improvement District can have international jurisdiction.

The only sure thing is that, in keeping with its naming conventions, the park will be renamed Disney’s Alton Towers Resort and Spa. Uncle Walt’s Insider will keep you posted with any new developments.

Ooo, maybe they’ll move it to Florida to replace the U.K. pavilion? Comment below!

March 20, 2019 by Marty in World
© 2020 Uncle Walt's Insider. All rights reserved. All images used with permission. Unless otherwise attributed, all images licensed under Creative Commons CC0 license. This site is protected by reCAPTCHA and the Google Privacy Policy and Terms of Service apply.