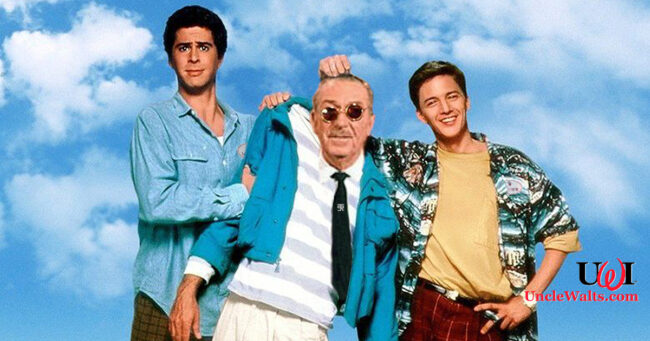 BURBANK, CA — In another brilliant move under the guidance of Bob “Bob” Chapek, Disney has announced an all-new, original feature film coming to Disney+: Weekend at Walt’s!

Chapek told Uncle Walt’s Insider, “Disney fans want to see original movies and series — they practically beg us! We of course listened, and in the past few years we’ve created and released many, many original movies, like the realistic version of the Lion King. And the live-action version of Mulan. And the live-action versions of Aladdin, the Jungle Book, Dumbo, Beauty and the Beast... All of them so incredibly original!”

“We thought there was no end to our creativity and original ideas,” Chapek continued. “Then it hit us: what if our Imagineers ran out of new ideas? What if they were so stalled creatively that they, oh, I don’t know, started creating attractions based on current Disney characters instead of coming up with new stories? What if they needed to be inspired?

“So we looked to the past, to history, and found a perfect solution. After all, what could be more fresh and creative than, instead of remaking Disney films, we start – get this – remaking other studios‘ films, but with a Disney twist! Hence Weekend at Walt’s was born!”

Man is in the forest, again

Currently filming in a secret, undisclosed location at the Walt Disney Studios (Sound Stage 1), Weekend at Walt’s will feature two new up-and-coming actors playing the roles of Disney Imagineers. These Imagineers are completely out of original ideas (as if!), and while walking through Disneyland hoping to be inspired, they stumble upon the frozen body of Walt Disney.*

After a series of mishaps, they discover that they have accidentally thawed Walt’s body. Instead of just freezing him again, they come up with a plan to inspire Disney Imagineers to have the courage to pursue their dreams, and further their own careers, by convincing everyone that Walt has returned!

Look for Weekend at Walt’s to debut exclusively on Disney+ in late 2022. (Probably with a surcharge.)

*Yes, we know in real life that “Walt’s body being frozen” is an urban legend. We’ve already covered that here — it was Walt’s clone that was frozen.

Another totally original idea by Disney! How do they do it? Let us know in the comments below!

November 7, 2021 by Walt in Other
© 2020 Uncle Walt's Insider. All rights reserved. All images used with permission. Unless otherwise attributed, all images licensed under Creative Commons CC0 license. This site is protected by reCAPTCHA and the Google Privacy Policy and Terms of Service apply.