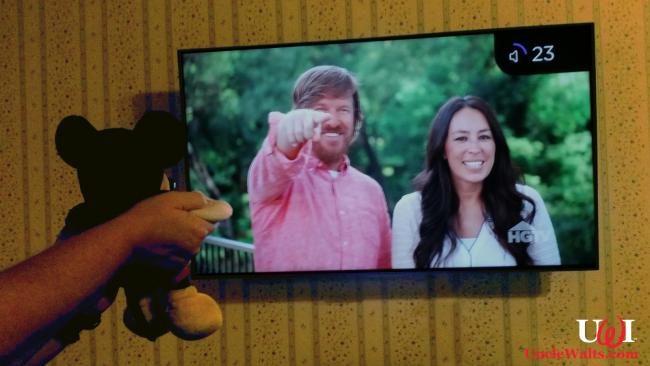 PITTSFIELD TOWNSHIP, MI — A self-described “Disney geek — well, really, more of an overall geek” from a small town somewhat near Detroit has found a way to rescue her old Pal Mickey. Braidy Abelli, 23, says that the modification was “not really all that difficult.”

What is Pal Mickey?

Back in the Early 2000’s, Disney sold a plush Mickey toy known as Pal Mickey. But this was not just any plush mouse! Pal Mickey was an interactive toy, containing a microprocessor, speaker, squeeze sensors, and an infrared receiver. Pal Mickey could communicate with transmitters located throughout the Walt Disney World parks to provide information about the area, as well as helpful reminders about upcoming entertainment offerings. Pal Mickey would also play games and tell jokes, whether in the parks or at home.

Finding a new use for the toy

Unfortunately, Disney no longer supports Pal Mickey, and most of the transmitters in the parks have been removed. On her blog, Miss Abelli posted that she had always loved her Pal Mickey, but was saddened when she recently visited Walt Disney World and found that her beloved toy would no longer work. She decided to find a way to re-purpose the Pal Mickey and give it new life. We caught up with her to talk about her project.

UWI: “We understand that you were able to re-purpose a Pal Mickey toy. What did you turn it in to?”

Abelli: “I found a way to make it into a remote control, so I can control my TV.”

UWI: “That sounds complicated. What all did you have to do?”

Abelli: “It wasn’t really all that difficult. I’ve got a background in computer programming, and I’ve always been fascinated by the hardware side of things, so I saw it as a fun challenge. All I had to do was open up the Pal Mickey, and locate the squeeze sensors and the infrared receiver. I then connected the receiver to a Raspberry Pi with a fiber connection, added some RAM, reprogrammed the receiver to be a transmitter, reticulated the splines, and hooked it all up to a SSD, and then it was good to go.”

UWI: “I’m not sure what you just said, but it sounds, um, interesting. And this actually works?”

Abelli: “Absolutely. I squeeze Mickey’s right hand to turn the volume up, left hand to turn the volume down, and squeeze his cute little belly to change the channel. Only downside is that I have to flip through the channels one at a time, because there are only 3 squeeze sensors. And it eats through batteries faster than the Facebook app on my phone. And with all the wires, it’s a little heavy. And there’s a little bit of a delay when changing channels. But it’s all good.”

UWI: “Thank you for your time, and best of luck in your future endeavors. Do you have any last thoughts to share with our readers?”

Abelli: “Thank you. I just want to say that I’m really excited for the park in Escanaba. The Yooper Dooper sounds like a crazy fun ride. It’ll nice to be able to get my Disney fix without having to fly to Florida or California. And Churros!”

Have you ever made your own remote control? Let us know in the comments below!

August 1, 2018 by X in Other
© 2020 Uncle Walt's Insider. All rights reserved. All images used with permission. Unless otherwise attributed, all images licensed under Creative Commons CC0 license. This site is protected by reCAPTCHA and the Google Privacy Policy and Terms of Service apply.