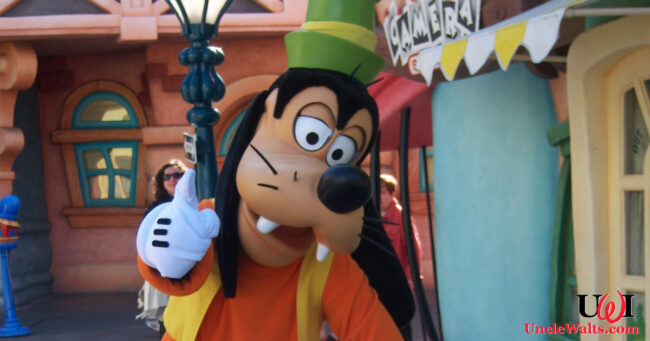 BURBANK, CA — Mickey Mouse is back.

After announcing his retirement yesterday, the Mouse “pulled an Iger” and announced his unretirement today. No formal reason was given. A source tells Uncle Walt’s Insider, however, that Goofy was a “disaster.”

Our source, who wished to remain anonymous, giggled and said, “My sweetheart just was made to be the head guy. Everyone loves Mickey!”

“Oh, sure, everyone loves Goofy, too, but not in the same way. More like the way you love that corny uncle who trips over things a lot. Or Bob Chapek.”

Yet another inside source was less diplomatic, and indeed was in a feather-spewing rage against Goofy being made CEO. And as usual we couldn’t understand a thing he said.

Have you ever pulled an Iger? Were you arrested? Let us know in the comments below!

June 6, 2020 by Marty in Other, World
© 2020 Uncle Walt's Insider. All rights reserved. All images used with permission. Unless otherwise attributed, all images licensed under Creative Commons CC0 license. This site is protected by reCAPTCHA and the Google Privacy Policy and Terms of Service apply.