This is why Magical Express was canceled! Walt Disney World Airport opens in 2022 - Uncle Walt's Insider

This is why Magical Express was canceled! Walt Disney World Airport opens in 2022 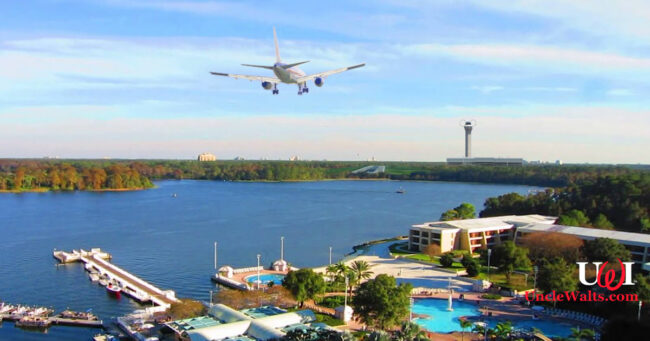 We’re a little surprised no one staying at Fort Wilderness noticed the construction.

Uncle Walt’s Insider first broke the story in 2019 that Walt Disney World was clearing land for an airport, incorporating the original STO/L runway just off of World Drive. Well, we can now report that the newly renamed “Disney’s Fort Wilderness Campground and International Airport” will begin receiving commercial flights in January of 2022.

Disney (the company) spokesperson Jun Disney (no relation) gave us the rundown.

“We know Disney fans have been giving our CEO (Bob “Bob” Chapek) grief for all of the cutbacks and upcharges,” Disney (no relation) said. “But they were really confused about the ending of Disney’s Magical Express. Yes, it cost Disney (the company) money to provide the service, but it practically guaranteed that guests staying at Walt Disney World would stay – and spend more money – at Walt Disney World.

“But with the new airport already on property, there’s no need to pay to bus them from Orlando International Airport. And really, there’s no need for us to even allow guests the option of leaving once they get here.”

Disney (no relation) wasn’t kidding out that last part, Uncle Walt’s has learned. The only ground transportation allowed at the new airport will be Disney buses — no rental cars, no Uber or Lyft, no private car service, and no Mears — so guests arriving at the new airport can only get to other locations within Walt Disney World. There is one exception, though.

“After long discussions with our lawyers,” Disney (no relation) shares, “we will allow private vehicles to come pick up passengers at the Fort Wilderness Campground and International Airport. But they still have to show a current Disney resort hotel stay or at least a dining reservation.”

What do you think about the new WDW airport? Let us know in the comments below!

Cover photo: A passenger jet on final approach over Bay Lake, as seen from the Contemporary Hotel. Photo by Mike Belobradic via YouTube, TheMightyQuill [CC BY 2.0] via Flickr, and maybe a couple of others. We lose track.

November 27, 2021 by Marty in Florida
© 2020 Uncle Walt's Insider. All rights reserved. All images used with permission. Unless otherwise attributed, all images licensed under Creative Commons CC0 license. This site is protected by reCAPTCHA and the Google Privacy Policy and Terms of Service apply.