Surprises from our preview of the new Ratatouille ride 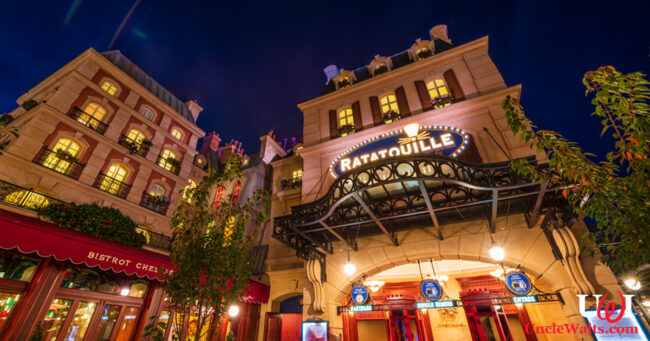 It’s everything we want in a rat-themed attraction!

WALT DISNEY WORLD, FL — There are a lot of changes happening at Epcot. From the conversion of Spaceship Earth to an apartment complex (have you signed your lease yet?!), and the relocation of the cemetery, to the spectacular Friendship Boat jump coming to the nighttime show, there will be something for everyone.

But one new attraction has everyone talking: Ratatouille. As we mentioned last Thursday, the staff of Uncle Walt’s Insider got to experience a preview of the new ride in Epcot’s France Pavilion. Here’s what surprised us most!

The mouse’s name is not actually “Ratatouille”

The title of the ride, like the movie, is confusing. Not only is the main rodent not named “Ratatouille,” but none of the characters in the movie or ride have that name. We’re not sure what’s going on at Pixar. At least with Coco, the filmmakers realized their mistake at the last minute and threw in a minor character with that name.

Do not drink the Coco

This doesn’t actually have to do with the Ratatouille, but if you’re at Epcot’s Mexico Pavilion and think a nice hot mug of Cocoa would be just the thing to warm you on a chilly Florida day… don’t. Apparently they drop the “a” off of “Cocoa” for a reason. Yes, it’s a tie-in to the movie, and no, that’s not chocolate in it.

All your favorite characters are in the ride

Anna, Elsa, Olaf, Kristoff, Sven… even Oaken makes an appearance! You’ll float serenely past scenes of a frozen wonderland Elsa has magically created, as animatronic characters sing those Frozen songs we all love. And when you reach Elsa’s ice palace, you’ll realize that the nagging feeling you’ve had that you boarded the wrong attraction is justified. You really should have caught on when you saw hundreds of preteen girls in a queue for what is supposed to be a media-only event.

The actual ride is in France

Well, not actually France. The Ratatouille ride is in the France Pavilion. You know, the one that has the nice room where you used to be able sit in air conditioning for 25 minutes while they showed a movie?

The Ratatouille ride is really good

We’re not sure this counts as a surprise, because expectations are pretty high already. But we liked it. (Probably a lot of you read this article because you wanted details of the Ratatouille attraction. No spoilers here, though!)

Why couldn’t they have built a Coco attraction. Just two keys on the keyboard, twice. So much easier!

Have you ever tried drinking the Coco? Let us know in the comments below!

Cover photo: Remember, Walt: the entrance does not say Frozen Ever After. Photo courtesy of DisneyTouristBlog, used by permission.

April 5, 2021 by Marty in Florida
© 2020 Uncle Walt's Insider. All rights reserved. All images used with permission. Unless otherwise attributed, all images licensed under Creative Commons CC0 license. This site is protected by reCAPTCHA and the Google Privacy Policy and Terms of Service apply.