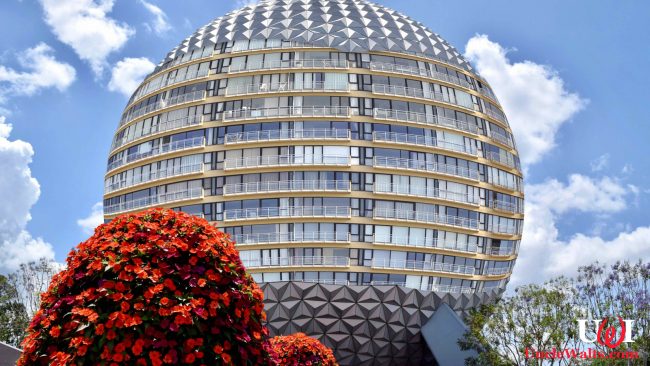 That’s the official word from Disney (the company)’s spokesperson Jun Disney (no relation), following news that Spaceship Earth will be converting to a residential apartment block.

“I know we previously planned to make Spaceship Earth into a Death Star,” Disney (no relation) explains. “But we found that it’s remarkably difficult to get permits for a planet-killing laser. Even our normal Reedy Creek legal bypass failed us. So it’s off to Plan D — which is a lot like Plan A!”

The late Walt Disney (not our Uncle Walt, no matter what he tells you) dreamed of setting up a real city in central Florida. People would live and work in ultra-planned community with the latest technology. When he passed, though, Disney (the company) turned the idea into an educational theme park, which has morphed over time into a showcase for Disney (the company) characters.

“So this is just getting back to the original design,” Disney (no relation) continues. “Kind of. Real people will be able to lease apartments inside Spaceship Earth and live there 24/7! They’ll only be able to leave their apartment when the park’s open, of course.

“And for all you Disney Vacation Club members, a fourth of the units will be set aside for you. So soon you’ll be able to buy points in ‘Spaceship Earth: A DVC Resort and Spa’!”

Who do you think will narrate the new apartments? Let us know in the comments below!

January 24, 2020 by Marty in Florida
© 2020 Uncle Walt's Insider. All rights reserved. All images used with permission. Unless otherwise attributed, all images licensed under Creative Commons CC0 license. This site is protected by reCAPTCHA and the Google Privacy Policy and Terms of Service apply.