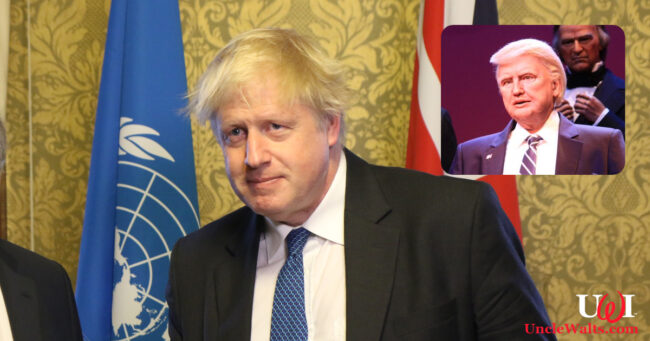 “How can we pass up the opportunity to create a Boris Johnson audio-animatronic?”

WALT DISNEY WORLD, FL — Disney fans have been excited about the coming Mary Poppins ride at Epcot’s United Kingdom Pavilion. (It’s apparently still there, even after Brexit!) Well, apparently the plans for that ride have been scrapped. Instead, the Pavilion will get a “Prime Minister’s Questions Experience” animatronic show.

“It’s not that we don’t like Mary Poppins,” says Disney (the company) spokesperson Jun Disney (no relation). “It’s just that, with the Hall of Presidents closing at the M.K., we suddenly have a whole bunch of spare audio-animatronics. And how can we pass up the opportunity to create a Boris Johnson audio-animatronic? Honestly, all we have to do is take the Trump/Hillary one and change the hair up a bit. A very little bit.”

The new attraction, like the Hall of Presidents, is expected to be an immediate hit with guests wanting to sit in an air-conditioned room for a few minutes.

Do you think we’ll get to yell “hear hear”? Let us know in the comments below!

August 8, 2020 by Marty in Florida
© 2020 Uncle Walt's Insider. All rights reserved. All images used with permission. Unless otherwise attributed, all images licensed under Creative Commons CC0 license. This site is protected by reCAPTCHA and the Google Privacy Policy and Terms of Service apply.