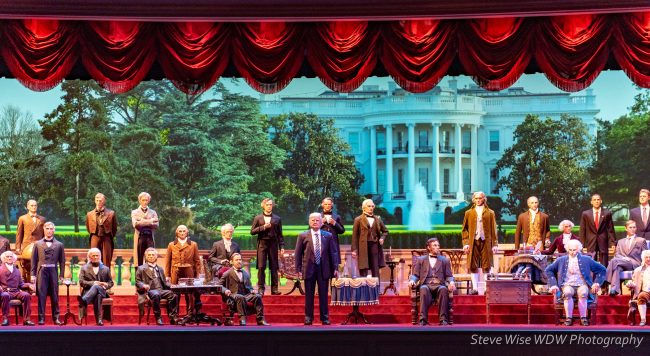 Some people are getting ahead of themselves.

“Some overzealous Cast Members, like many in Congress, failed to understand that just because the House of Representatives [Ed.: I’ve always found that name ironic] voted to impeach the President, it does not mean he is gone. The Hillary Clinton audioanimatronic will be removed and put back into storage immediately. We will also have a basic civics lesson in the front of Cinderella Castle promptly at 3PM on Friday.”

Shouldn’t they have had a Mike Pence animatronic instead? Let us know in the comments below!

December 20, 2019 by Walt in Florida
© 2020 Uncle Walt's Insider. All rights reserved. All images used with permission. Unless otherwise attributed, all images licensed under Creative Commons CC0 license. This site is protected by reCAPTCHA and the Google Privacy Policy and Terms of Service apply.