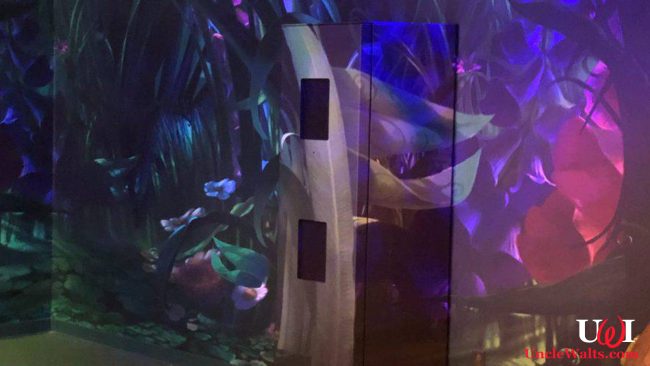 It solves the problem of “guests not smiling, and children crying.”

WALT DISNEY WORLD, FL — Disney fandom has been in an uproar in the past week over a new “automated” PhotoPass system at the Walt Disney World Resort and Spa. Photos have surfaced showing holes for the new system in character greeting room walls. But Uncle Walt’s Insider readers can rest easy, because we (as always) have the true story:

“It’s a problem we’ve had for years, but didn’t know how to handle,” says Disney (the company) spokesperson Jun Disney (no relation). “Some of our PhotoPass photographers are not very… that is, not all of them are… hmm. Well, let’s just say a lot of them are really suited for being behind the camera. But then we’d get guests not smiling, and children crying.

“Once we figured out the cause, we needed a way to hide these special Cast Members from view while still letting them do their job. So yeah, the ‘automated’ PhotoPass system is just a cover story to help spare their feelings. But we didn’t expect the backlash.”

“The PhotoPass department had been taking flak for refusing to hire any visually impaired Cast Members, so we have a few new Photographers that need a little extra help. The holes help them know which way to point the cameras.”

A special Uncle Walt’s shout-out to our favorite former PhotoPass photographer Sir Willow, who not only wouldn’t have been hidden behind a wall but has his own YouTube channel. Check it out!

Is this an improvement over letting ugly CMs roam freely? Let us know in the comments below!

September 23, 2019 by Marty in Florida
© 2020 Uncle Walt's Insider. All rights reserved. All images used with permission. Unless otherwise attributed, all images licensed under Creative Commons CC0 license. This site is protected by reCAPTCHA and the Google Privacy Policy and Terms of Service apply.