Dad blinked in all 237 PhotoPass photographs 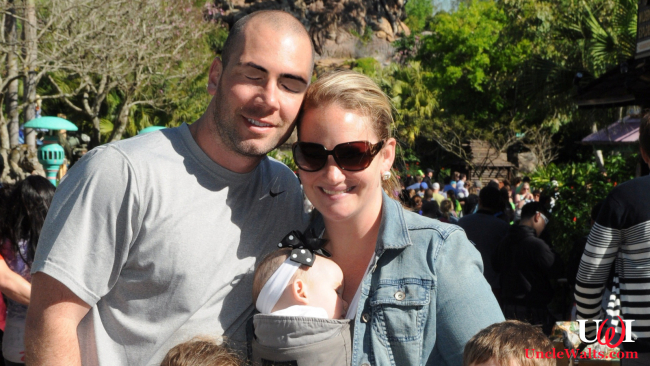 “I honestly wasn’t trying to have my eyes closed.”

WALT DISNEY WORLD, FL — Many families visiting the Walt Disney World Resort take advantage of the parks’ PhotoPass service, where Disney photographers snap your pictures throughout the resort and make them available for purchase later. And while purchasing individual photographs can get pricey, Disney offers a “Memory Maker” all-inclusive package that allows downloads of every picture taken of your travel party plus some bonus ride videos, all for a set fee.

The Washburn family of Wichita, Kansas, purchased the PhotoPass Memory Maker package in advance of their June trip to Walt Disney World, and were really looking forward to seeing all of their photographs.

“It was our first time to take our three kids,” mom Josslyn Washburn tells Uncle Walt’s Insider, “so we wanted a record of every memory we could get. So of course we bought the unlimited package.”

But while the memories are there, Josslyn sooned discovered that her husband Nick’s eyes were shut in every single photograph.

“After we’d gotten home and unpacked, I went to the Disney PhotoPass website and started looking through our pictures,” Josslyn shares. “I only wanted to download and print the best ones, of course, but it seemed Nick had blinked in every one. At first it was funny, sure, but then I got madder and madder as I scrolled through the pictures.”

“I honestly wasn’t trying to have my eyes closed,” Nick Washburn says. “It just happened.”

Josslyn continues, “I counted. There were 237 separate pictures, and Nick blinked in all of them. And that doesn’t count the ones where we gave the PhotoPass photographer our camera. Yep, he blinked in those, too. I mean, what are the odds?”

Nick has been told he must practice in the mirror holding his eyes open before he is allowed on any future family vacations.

What are the odds, really? Let us know in the comments below!

July 25, 2018 by Marty in Florida
© 2020 Uncle Walt's Insider. All rights reserved. All images used with permission. Unless otherwise attributed, all images licensed under Creative Commons CC0 license. This site is protected by reCAPTCHA and the Google Privacy Policy and Terms of Service apply.