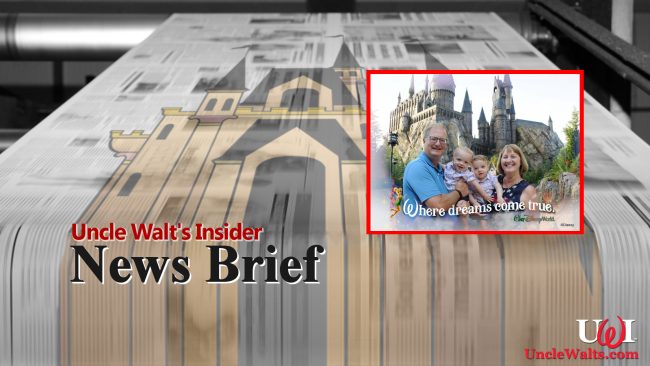 Disney finds a subtle way to profit from the success of the Wizarding World of Harry Potter.

ORLANDO, FLORIDA — Steven Weeber, 25, is a Disney cast member, but on his work days you won’t find him anywhere at the Walt Disney World Resort. Instead Weeber, a photographer for Disney’s PhotoPass service, is assigned to work at rival Universal Orlando’s Islands of Adventure. “My leads found out I have an annual pass to Universal, and they said they’d pay me to set up there every day in front of Hogwarts,” Weeber tell Uncle Walt’s Insider. “Of course, guests there don’t have Magic Bands, but I take their photos and give them a card telling them how to access and buy their pictures at DisneyPhotopass.com.

“Some of them are a little confused that their photos are at a Disney website, but most are happy to get their visit photographed. It’s a win-win for everybody. Except Universal, I guess.”

March 15, 2018 by Marty in Florida
© 2020 Uncle Walt's Insider. All rights reserved. All images used with permission. Unless otherwise attributed, all images licensed under Creative Commons CC0 license. This site is protected by reCAPTCHA and the Google Privacy Policy and Terms of Service apply.