Holiday blunder: all Cast Members given Thanksgiving day off 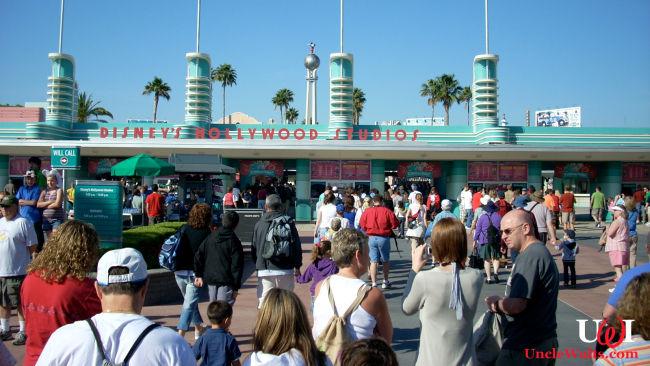 Guests were able to freely wander in and out of the theme parks all day.

WALT DISNEY WORLD, FL — With the exception of Christmas Day, holidays are popular times to be at Walt Disney World. [Note: for planning advice, see our helpful 2019 WDW Crowd Calendar!] Cast Members at Disney (and employees at other, second-rate theme parks) sign on knowing that they won’t be able to take time off when most people do. That’s why Cast Members have familiar catch phrases like “We work while others play.” Or “That’s right, Daddy won’t be around to open presents again.“

However, no Cast Members were scheduled to work at any of Walt Disney World’s resorts, theme parks, or spas yesterday. Guests showed up at park entrances and, without Cast Members manning the ticket scanners, were able to wander in unimpeded. They found deserted streets, locked stores, and unmanned attractions. Most left after only seven or eight hours in the park, half the usual time.

Disney traced the snafu to Human Resources intern Gabriela Mercier, who entered the day off for all active Cast Members. Mercier, 23, refused to speak to Uncle Walt’s Insider on the record, so here’s what she told us anonymously:

“My family always has a big gathering for Thanksgiving every year, so I was putting in my schedule with that day blocked off. Then I noticed the computer had all the other positions throughout Walt Disney World staffed for that day. I thought to myself, ‘That can’t be right. It’s a holiday!’ So I just cleared it all out.”

Merciers’ supervisors were unsure how to handle her mistake.

“Sure, she screwed up,” says Jayne Parker, Disney’s Chief Human Resources Officer. “So our first inclination was to send her to work unload at it’s a small world for a week or two, or temporarily revoke her churro privileges.

“But then we realized, we didn’t pay a single Cast Member that day. She actually saved the company a ton of money. And guests were only slightly dissatisfied compared to a normal day! Maybe we can replace more than just PhotoPass photographers.”

What other Cast Members would you eliminate permanently? Comment below!

November 23, 2018 by Marty in Florida
© 2020 Uncle Walt's Insider. All rights reserved. All images used with permission. Unless otherwise attributed, all images licensed under Creative Commons CC0 license. This site is protected by reCAPTCHA and the Google Privacy Policy and Terms of Service apply.