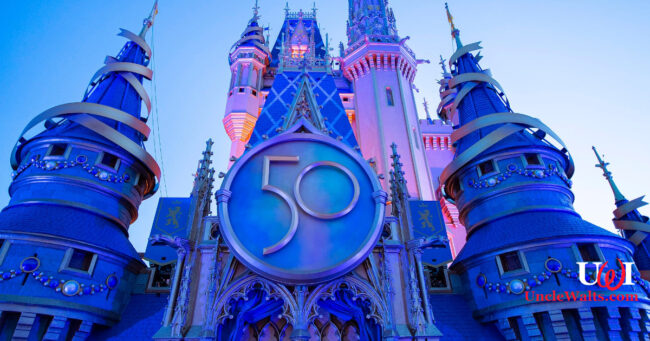 The number one tourist destination in the world is solidly middle-aged now!

WALT DISNEY WORLD, FL – Fifty years! A lot has happened since Walt Disney World first opened its gates so long ago. There was Nixon, and, uh, disco, … something about the Berlin Wall… The moon landing? No, that was before. We really should have paid more attention in school.

Anyway, we at Uncle Walt’s Insider are so excited to be able to celebrate our favorite celebrity born in October of 1971 who isn’t Winona Ryder! And Walt Disney World is throwing a big party to celebrate itself, which is usually kind of tacky but we’ll roll with it.

Have you heard all of the details, like we have? Here are parts of the celebration that you might have missed:

The ceremonial joining of the AARP.

They’ve already received their official invitation in the mail.

Every fourth trash can on Main Street will be repainted.

No new designs or anything, just a new coat of paint.

Or should that be Cake Castle? Which will terrify people more?

Stage shows at Cinderella Castle will occasionally be replaced by crochet lessons.

Which means Entertainment is finally allowing performers older than 50. 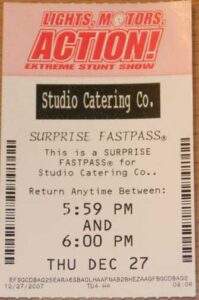 The return of FastPass at Studio Catering Company.

Special Fireworks Dinner for guests over 50.

Rock ‘N’ Roller Coaster will have the volume turned down.

Curse those dang longhairs and their loud so-called “music”!

Cast Members will be trained to speak louder to guests.

Regardless of their age.

The Baby Care Centers will be add Nap Centers for all guests over 50 years of age.

That’s where you’ll find us.

DVC kiosks will be replaced with kiosks showcasing Magical Funerals® by Disney and Hospice by Disney.

Tours will also be available.

We’re hoping SirWillow will cover this on his YouTube channel.

Everything will be changed back to how it was in 1971: Cast Member costumes, the Jungle Cruise script, having only one park and three resorts open…

Well, not everything. The prices will be kept at 2021 levels.

Have you heard of any other 50th anniversary details? Let us know in the comments below!

July 28, 2021 by Marty in Florida, Spotlight
© 2020 Uncle Walt's Insider. All rights reserved. All images used with permission. Unless otherwise attributed, all images licensed under Creative Commons CC0 license. This site is protected by reCAPTCHA and the Google Privacy Policy and Terms of Service apply.