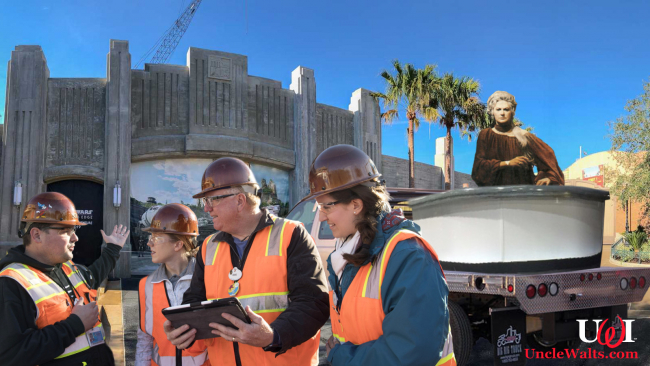 The much-loved Star Wars Holiday Special will live on in Galaxy’s Edge.

ANAHEIM, CA — Following the arrival of Jar Jar Binks and a half-frozen old Leia, another character has made it to the new Star Wars-themed land at Disneyland Park: Ackmena, the beloved owner and bartender at the Mos Eisley Spaceport Cantina, as portrayed by Golden Girl Bea Arthur in the Star Wars Holiday Special.

“The Holiday Special holds a sacred space in the Star Wars canon,” says Disney (the company) spokesperson Jun Disney (no relation). “For those really old people who were alive in the 70’s, it was their first chance to revisit the Star Wars universe after the initial movie.

“And for us younger types, it represents something even more amazing: a legitimate Star Wars production that’s actually worse than the prequels!”

To Bea or not to Bea

“There was never any doubt that Bea Arthur would be a part of the new Star Wars: Galaxy’s Edge,” Disney (no relation) continues. “After all, she and her fellow Golden Girls used to live in what was then the Disney-MGM Studios in Florida. In fact, the Walt Disney World version of Galaxy’s Edge is purposely locating the Cantina right where the Golden Girls’ house used to be. Once that area’s completed, Bea will be home again.”

Disney (no relation) tells Uncle Walt’s Insider that Arthur’s animatronic presence will not be the only Golden Girls reference in the cantina. “No, the imagineers are making animatronics of Blanche, Rose, and Sophia as well. They’ll be playing in the Cantina band… without any need to change their appearance.”

Are you excited about the Golden Girls’ return? Comment below!

August 30, 2018 by Marty in California, Florida
© 2020 Uncle Walt's Insider. All rights reserved. All images used with permission. Unless otherwise attributed, all images licensed under Creative Commons CC0 license. This site is protected by reCAPTCHA and the Google Privacy Policy and Terms of Service apply.