Study: Street View in Disney parks most used to stare at churro carts 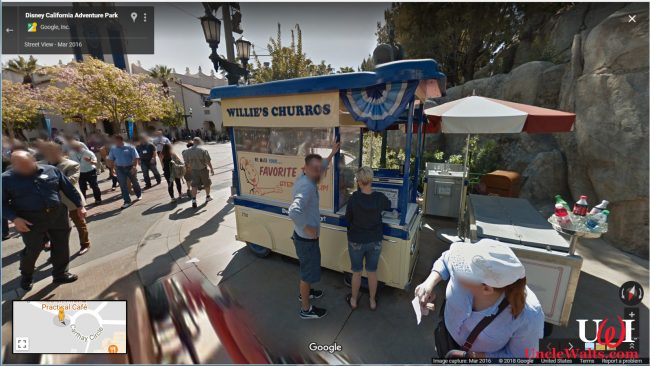 “We thought people would go all over the parks, but once they find a churro cart, they stop.”

Just two weeks after Google announced that its Street View service was expanding to feature the interior of all 14 Disney parks worldwide, an internal study shows that most folks use the service to find and then stare at churro carts.

The next best thing to being there

Google launched Street View in 2007, providing a way for viewers to see the world from street level without traveling to the location. With panoramic views stitched together from multiple cameras mounted on cars, hikers, snowmobiles, kayaks, gnus, tandem bicycles, unsuspecting pedestrians, boats, trained walruses, specialized tricycles, and DeLoreans equipped with flux capacitors, the service began with a few major cities and has been expanding ever since. Street View currently covers 29 percent of the known universe and adjacent areas. 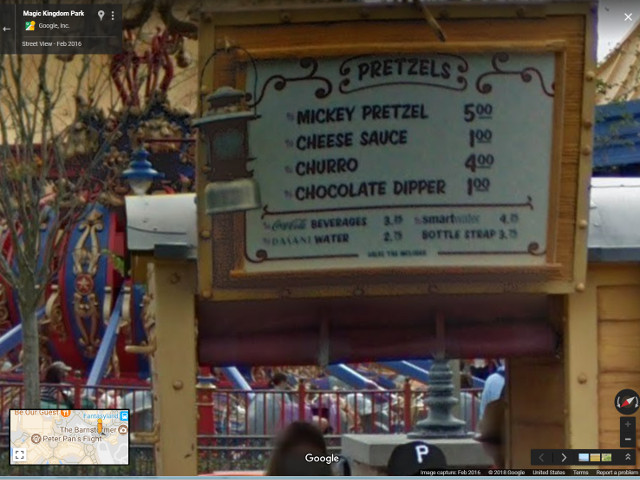 With the expansion into Disney parks, fans of the Mouse can take a virtual vacation to any park at any spare moment. The stroll down Main Street, whether in Florida, California, Tokyo, Paris, Shanghai, or Pyongyang, is not quite as good as being there, of course — there are none of the sounds, none of the delicious food smells, and none of the joy from overhearing stupid comments from other guests. Also, no matter how long you camp out at the hub in front of Cinderella Castle, you will not see a parade or fireworks. On the other hand, no self-driving electric scooter will collide with your ankles, and best of all, your virtual visit costs nothing. [Ed.: This may change, as Disney is reportedly researching ways to charge virtual admission.]

Google and Disney expected that folks would drop into a park and explore all through it using Street View, but that is not how things are turning out.

The irresistable draw of churros

Google analyst Camila Chaudhari spoke with Uncle Walt’s Insider: “It’s been a total surprise to us. We thought people would go all over the parks, but once they find a churro cart, they stop.” Do they just get hungry then and take a break, we wondered? “Apparently not,” Chaudhari replied. “The data shows the screen doesn’t just stay frozen in one spot. People continue to interact with Street View, but from that point on they mostly are just looking at the churro cart from different angles.”

Chaudhari can confirm this from a personal experience as well: “What first got me checking into this was my husband, Jaidev. He’s a Disney fan, so he was one of the first to get on Street View and look around the Magic Kingdom at Walt Disney World. I looked in on him at one point, and he was fixated on a churro cart in Storybook Circus. Fifteen minutes later, the same churro cart was still on the screen. There was drool dripping off of Jaidev’s beard, and I don’t think he’d even blinked.”

We asked for a copy of the study, but were told it had been classified by the CIA, who are apparently investigating the use of churros for distraction purposes and clandestine psychological operations.

March 21, 2018 by Marty in California, Florida, World
© 2020 Uncle Walt's Insider. All rights reserved. All images used with permission. Unless otherwise attributed, all images licensed under Creative Commons CC0 license. This site is protected by reCAPTCHA and the Google Privacy Policy and Terms of Service apply.