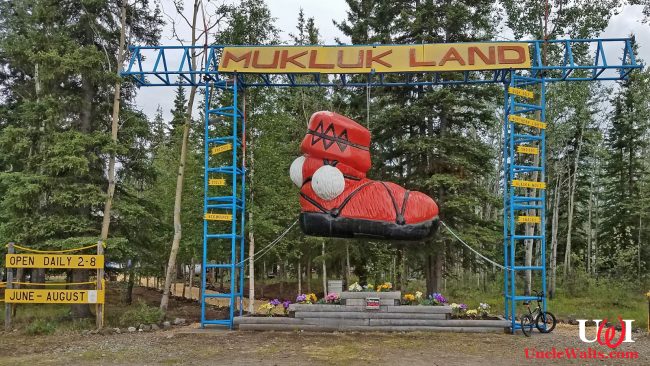 Alaska’s Mukluk Land is now the most visited theme park in the world.

TOK, ALASKA — Theme park attendance numbers for 2018 have been released, and for the first time in 86 years, the Magic Kingdom Park & Spa is not at the top of the list. That honor goes to “Alaska’s Most Unique Destination,” Mukluk Land, which is located at Milepost 1317 on the Alaska Highway.

Here are the top ten by 2018 attendance, according to the Themed Entertainment Association:

Some have expressed surprise that such an obscure park could come out of nowhere to claim the top spot. But when we at Uncle Walt’s Insider went to the Mukluk Land website [Ed.: featuring the best website design 1993 had to offer!] to investigate, the reason for the park’s dominance became clearer. After all, what other park offers a “Large Alaska Cabbage,” an inflatable igloo, a creepy doll collection, “Santa’s Rocket Ship,” and SkeeBall? Plus, Beth Jacobs herself (who with her husband George established the park in 1985) will “greet you with a warm welcome and start you on your enjoyable adventure”! Who could resist?

Still, we had some concerns that the attendance numbers might be a bit inflated, especially since Mukluk Land is only open from June through August, and even then only six hours per day. We asked Jacobs if the attendance figures were accurate, but she was a bit evasive:

“We do get a lot of Brazilians,” Jacobs said. “Now come get your picture made with the world’s largest mosquito!”

Which have you been to more, Magic Kingdom or Mukluk Land? Let us know in the comments below!

Cover photo: Maybe Magic Kingdom would do better if they added a giant mukluk to their entrance? Photo via Alaska or Bust Revisited.

October 21, 2019 by Marty in World
© 2020 Uncle Walt's Insider. All rights reserved. All images used with permission. Unless otherwise attributed, all images licensed under Creative Commons CC0 license. This site is protected by reCAPTCHA and the Google Privacy Policy and Terms of Service apply.