BREAKING: Walt Disney has passed away at age 65 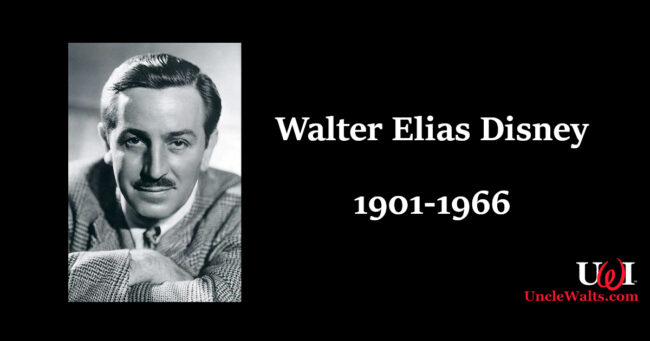 So that’s why he hasn’t been returning our calls.

BURBANK, CA — Uncle Walt’s Insider has just learned that Walter Elias “Walt” Disney has passed away. He was 65 years old.

Disney, who started with a mouse, built a multimedia empire of family entertainment that includes films, tv networks, theme parks, and many, many plush toys. He is also widely credited with the invention of the churro.

[Ed.: Huh. This apparently happened in December 1966. Wish someone would have mentioned this to us. We may need to reevaluate our “inside sources.”]

Did this news catch you by surprise, too? Let us know in the comments below!

Cover photo: If he’d stuck around longer, he could have taken advantage of Magical Funerals® by Disney! Photo public domain, via Wikimedia.

October 26, 2021 by Marty in Spotlight
© 2020 Uncle Walt's Insider. All rights reserved. All images used with permission. Unless otherwise attributed, all images licensed under Creative Commons CC0 license. This site is protected by reCAPTCHA and the Google Privacy Policy and Terms of Service apply.