Trump drops out of 2020 race; will replace Bob Iger at Disney 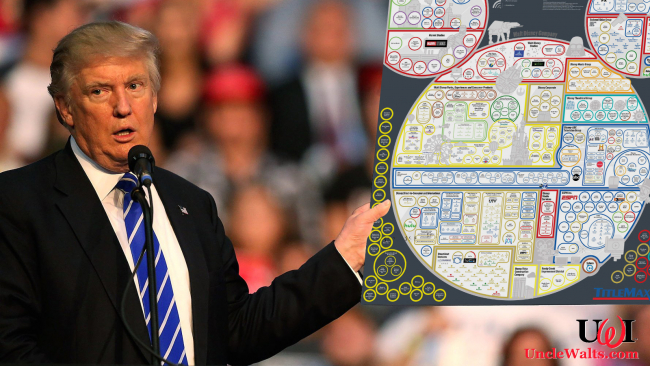 This is bound to give a boost to several Disney characters’ candidacies.

WASHINGTON, D.C. — Breaking news out of Washington: President Donald J. Trump has just announced via Twitter that he is withdrawing his name for reelection in 2020. Instead, he will replace Bob “Robert” Iger as CEO of The Disney Company when Iger retires in 2021 (and joins the staff of Uncle Walt’s Insider).

Trump tweeted an image of himself holding a chart of all the companies owned by Disney, saying this:

“Look at how much Disney owns and controls. Being US Prez is really great but the Mouse is even more powerful. Time to aim higher.”

Will Scrooge McDuck replace him on the ticket? Let us know in the comments below!

July 16, 2019 by Marty in Other
© 2020 Uncle Walt's Insider. All rights reserved. All images used with permission. Unless otherwise attributed, all images licensed under Creative Commons CC0 license. This site is protected by reCAPTCHA and the Google Privacy Policy and Terms of Service apply.